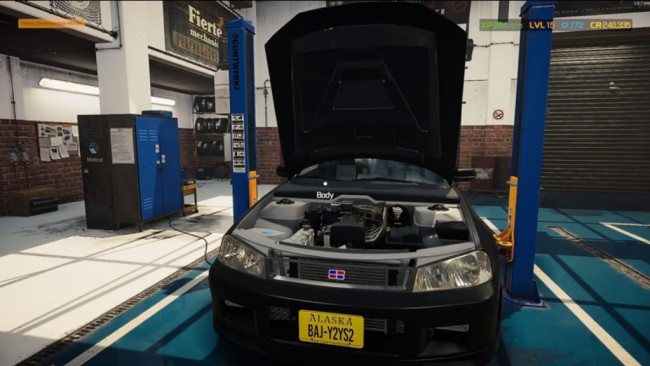 In Car Mechanic Simulator 2021, players can not just repair and restore the cars that are available in the game for their own collection, or for additional profit if they sell it, but they will also repair cars that they are given to them through Story Orders.

These Story Orders can not just award them with Credits that they can use to buy cars that they want to add in their collection, and car parts that they need to use in future projects, as well as XP, but it can also give them the opportunity to feel the typical day inside a car mechanic garage.

How to Repair the Nissan Silvia S15

In this Story Order, players will repair a certain 1999 Nissan Skyline, or the Ribbsan Starline in the game. According to Baum Gaming's YouTube video, the said car was owned by a certain Johnny Johnson, and he wants to check out its clutch and suspension. He also wants the said repairs to be as cheap as possible.

After washing it, they will transport it to the car lift. From there, they can check out its status by clicking the Car Status. They would see the "part not discovered" phrase below the "Parts to Fix" column, so they need to check the car thoroughly.

In order to do the said checking, they go to Examination Mode, then click every part that is already installed in the car. Once clicked, they would notice a percentage right beside a car part. That will determine if the said part can be reused, repaired, or scrapped.

If the percentage is green, they can still use it with slight repairs. If it is yellow, it means that it needs repairs, but if it is brownish or red, it needs to be scrapped and replaces with a new one. This will also identify those "missing" parts.

They can also use the tools that they have in order to further check the said parts, which can be accessed in the Additional Tools tab.

Once they know what parts that they need to repair or replace, they can start the repairs for the car. First, they need to replace the whole body kit, as well as the lights, the doors and the windshield. They can either repair the said parts using the Repair Table or they can buy the whole set if they have enough money.

Afterwards, they can start repairing the problem parts. First, they need to drain its fluids and oil, then they will go to the Battery Charger, and put the car battery there to be charged.

While the battery is charging, they can start disassembling the other parts in the engine, as well as the wheel and suspension, to check if there are other parts that needed to be repaired or restored.

After disassembling it, they need to either repair or restore the following parts - the belt tensioner, the camshaft, the coils cover A, the engine head cover B, three ignition coils, the intake manifold, the oil filter, the power steering pump, the radiator fan, two rear drive axles, a serpentine belt B, four spark plugs, a throttle, and two wheel hub bearings.

Just like before, the parts that needs repairing can place it on the Repair Table, and do a "mini-game," where they would hit the green tab multiple times until said part is 100% repaired. Those that are impossible to do so can be scrapped and replaced with a new one.

Once they got the parts, they can now reassemble the said car, then replace its brake fluid, oil, radiator coolant, power steering fluid, and windshield wiper fluid. Afterwards, they can now realign the lights and the wheels, followed by a test drive, if necessary.

Once they are done, they can click the Finish Order to collect the payout accumulated from the said Story Order.