'Diablo 2 Resurrected' Low Level Runewords Guide: Where to Get Runes, How to Make them, What to Use for Level 20 and Below 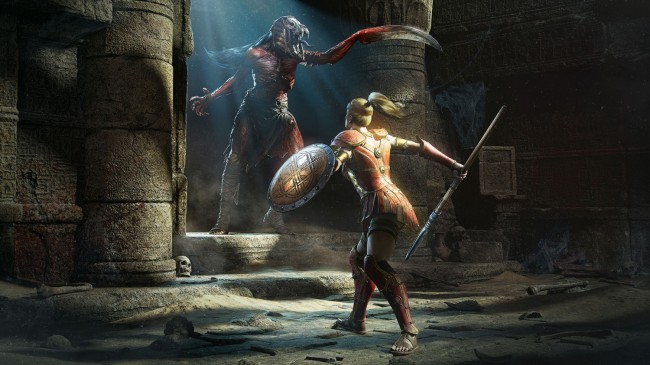 In Diablo 2: Resurrected, like any other role-playing game, a player's equipment is important, as it will increase their character's overall stats and abilities, while it can augment its powers that can be used in battles as they progress in the game.

One of the important equipment that the players need in their journeys within Diablo 2: Resurrected are the Runewords. These kind of equipment in the game, according to Gamepur, can be crafted by placing specific runes.

Once they are formed, these Runewords can be either buff or enhance any stat or ability of a character, depending on what word they have crafted.

Not even death will save you.#Diablo2Resurrected is now live. 🔥 pic.twitter.com/AsXBOPOsxs

Where to Get Runes

In order to make Rune Words, players must find the runes first. The said items, according to Windows Central, can be usually obtained in every item drop in every difficulty in Diablo 2: Resurrected. Much like the Gems in the game, these items can be placed in an item's socket, receiving its individual effects.

Another source of the said runes is the Hellforge quest, which can be obtained in Act 4. The said quest will always drop several runes, most of them are common ones, and can also be used as payment for a rush through the acts.

Aside from that, players can also farm runes in The Countess, which is located at the bottom at the Forgotten Tower in the Act 1's Black Marsh.

How to Make Runewords

Once they got the runes, they can now use it to craft the Runewords needed. In order to do this, players need to have two proper runes and their corresponding item, whether if it is a weapon, an armor piece, or a shield.

The said item must have the exact number of open sockets for said runes to make these Runewords work. They must also keep in mind that they need to place them in the said sockets in the correct order, as well as they need to check if the item type that will be used is correct.

What Runewords to Use for Lower Levels

For players in Diablo 2: Resurrected that are Level 20 and below and wanted to progress in the game much easier, there are powerful yet low level Runewords that they can use to equip in their items, as long as they will make it correctly.

Nadir, according to Gamerant, can be a weakest among said Runewords, but thanks to the Cloak of Shadows buff it provides, as well as an additional 50% enhanced defense, and a +33% gold from monsters, it can be handy. To generate this Runeword, they must have Nef and Tir runes equipped in a 2-socket Helms.

Steel, a Runeword that can be generate by combining the Tir and El runes and needs a 2-socket non-magic swords, axes, and maces, has the ability to inflict Open Wounds and increase the character's attack speed by 25%, which can be useful to low-level melee combatants.

Malice, which can be made after combining Ith, El and Eth runes in any 3-socket non-magic melee weapon, can also inflict Open Wounds, as well as it can decrease the defense of a monster by 100, can drain its life by 5 per hit, and prevent it from healing.

Stealth, a good option for spellcasters thanks to its 15% mana regeneration, as well as its magic damage reduction by 3 and 25% boost for movement, cast rate and hit recovery, can be created by fusing Tal and Eth runes in any 2-socket non-magic body armor.

Also for the game's casters, especially for Sorceresses, Leaf, a Runeword made after combining Tir and Ral runes in any 2-socket non-magic staff, can increase its Fire-based spells by 3, adds Fire-based damage by 5 to 30, and an additional 33% Cold resist.