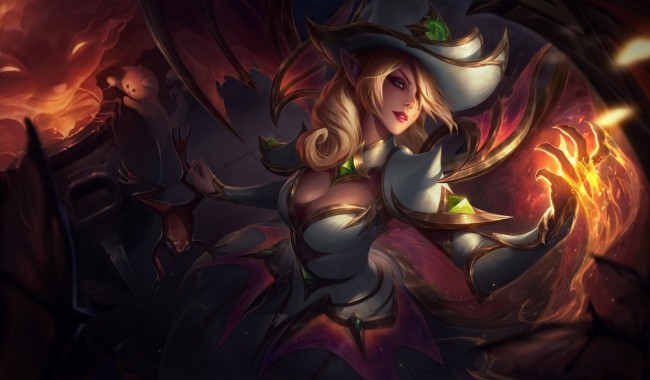 After releasing its Patch 11.19 Update, which focused more on its professional play and the incoming 2021 Worlds, League of Legends will receive its Patch 11.20 Update, which will bring several tweaks to the multiplayer online battle arena's Solo Queue, including balance changes for several Champions.

Aside from the said changes, new Champion skins will also be available in the game once the update rolls out.

Now that worlds is locked in we're back to a more normal patch. We're following up on a few changes that overshot a bit and otherwise doing some adjustments for soloq champs.

Let me know what you think! pic.twitter.com/Np15GkVhpi

According to a Tweet made by Phlox, one of League of Legends' designers, eleven Champions will be receiving changes during the Patch 11.20 Update. Six of them will be receiving nerfs, while the other five will receive buffs.

According to Dot Esports, top lane Champions Irelia, Shen, and Singed will be nerfed. The reason regarding the said balance changes is because the Champions had become the strongest picks for the said lane, especially for Irelia, who just got a mini-rework earlier this year.

Jarvan IV and Taliyah will also receiver nerfs, especially for their roles as Junglers. Before the update, they have high win rates thanks to the gank-centered meta game, as well as their potential to roam freely around the said lanes, escaping potential clashes.

Amumu will be also nerfed during the Patch 11.20 Update, including his abilities as Support. The said Champion received an additional charge for its Bandage Toss Q ability, making him one of the best Supports in the game's current meta.

On the other hand, Elise, Hecarim, and Udyr will receive buffs, alongside Darius and Senna. The reason for the said buffs for the aforementioned three Champions is because Riot Games want to shake thing up in the Jungle lane.

For Darius and Senna, the reason for the said buffs for them is because they need a boost in Solo Queue.

Aside from the potential balance changes for Champions, League of Legends' Patch 11.18 Update will welcomer a new set of Champion skins in the form of the Bewitching Champion Skins.

According to PCGamesN, Fiora, Nami, Poppy, Syndra, Yuumi, and Morgana will receive the said skins, which are themed after Halloween from their costumes, which are purple with gold trimmings, to attack animations that has a lot of Jack-o'-Lanterns.

Aside for the new Champion Skin set, the said patch update will might release a reworked Rengar after Riot Games tested it in the game's Public Beta Environment (PBE) since Patch 11.17 Update.

According to a series of Tweets from Phlox, the said rework should "squash" a lot of bugs, but the Champion still needs to go through polishing and quality assurance testing, so players need not to expect the changes to be out sooner or later.

However, the developer said that they are still waiting for any feedback in order to tweak Rengar even further.