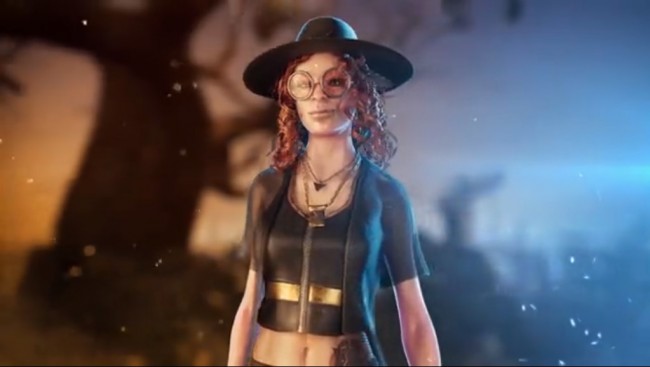 Something's bewitching is coming to Dead by Daylight as a Survivor will be added in the online survival game in the form of Mikaela Reid.

The said new Survivor was first tested in the game's Player Test Build (PTB), which also tests any balance tweaks and fixes, as well as revealed in a teaser video for the incoming "Hour of the Witch" chapter, which was released by Behaviour Interactive, the developers of the game.

Mikaela Red, according to PC Gamer, was described as a young Survivor who is into witchcraft and will "bring light and life to a realm of darkness and death."

She brings light and life to a realm of darkness and death.

A new Survivor is coming to Dead by Daylight… pic.twitter.com/owFWDDLYrD

The said teaser video for Mikaela Red did not further show her gameplay, however, a reply to the developers' post in the Dead by Daylight's Twitter Page revealed the list of perks, which are screenshots from the PTB, that she will be having once she is formally released in the game.

According to the screenshots, which was also revealed by Comicbook, her Circle of Healing Boon will make her bless a Dull or Hex Totem and transforming it into a Boon Totem, which will give any Survivor that are in its 28-meter radius a 90% healing speed bonus, as well as an ability to heal themselves without the need of a Med-Kit.

Players can only bless one Totem at a time, and any equipped Boon perks will be also active in the Boon Totem itself.

Her Shadow Step Boon will also convert any Dull or Hex Totem into Boon Totems, but will make any scratch marks and auras that a Survivor had will be hidden to the Killer as long as it is in the same 28-meter radius. This effect will last for two seconds after a Survivor leaves the Totem's range.

Her Clairvoyance, once activated after cleansing a Totem and if she is empty-handed, will unlock her full aura-reading abilities. With this, she can now see the auras of any exit gate switches, generators, hooks, and chests within a 64-meter range for up to 8 seconds.

Release Date, Other Tweaks from the PTB

The launch of the new "Hour of the Witch" chapter in Dead by Daylight, as well as the arrival of Mikaela Red, according to PC Gamer, is set to be rolled out sometime in October.

Aside from the new Survivor, several changes and tweaks that came from the PTB will might also be implemented in the game in a possible patch update.

One the said possible changes, according to the PBT patch notes that was posted in the game's forum webpage, includes the rewritten descriptions for the Items and Add-ons, as well as replacing of vague terms such as "Considerably" and others have been replaced with number values.

It also include Status Effects, and its add-ons, will have an added reminder text and the appearance of a hatch if a Survivor is left alive, which can be opened after it has been kicked shut by using a key. Key interactions in the game will now take 2.5 seconds, and will not lose any progress when it is interrupted.

The patch notes also noted several changes for the Killers in the game, especially in their add-ons, as well as possible general tweaks to both Killers and Survivors, including perk renaming and balancing, and several fixes in bugs and issues that might affect the game.

TAG Dead By Daylight, Behaviour Interactive
© 2020 Game & Guide All rights reserved. Do not reproduce without permission.