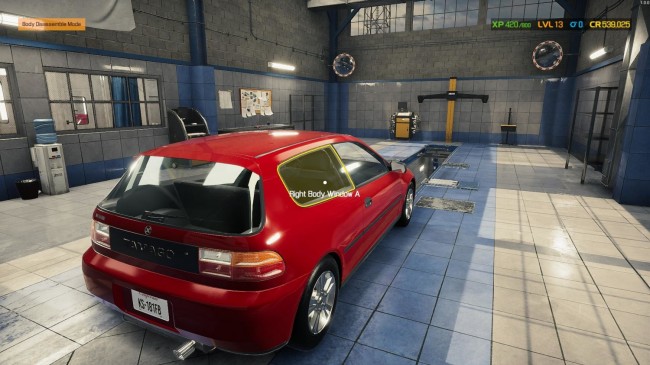 Car Mechanic Simulator 2021 receives its latest Patch 1.0.9 Update, which will bring new additions to the real-life car mechanic simulation game. The said additions include new car parts and painting options, as well as tweaks to several elements in its gameplay.

The patch update also fixed several bugs in the game, which includes several ones that affects in the system and in the game itself.

One of the additions for Car Mechanic Simulator 2021 thanks to its Patch 1.0.9 Update, according to the patch notes posted by Red Dot Games, the developers of the game, is the inclusion of the Performance Brake Rotors.

These brake rotors will be classified into three, Slotted, Drilled, Slotted and Drilled, and Ceramic, and they will act just like the Performance Parts for the engines, but instead of speed, it will boost the car's braking, or how long does it take to slow down and stop.

Aside from the brake rotors, an additional 40 Performance Parts for tuning will also be included in the game's shops.

The Paint Shop will also receive new additional paint types thanks to the said patch update. This includes Gloss, which will also used as a default paint for several cars, Solid, and Matt Chamelion.

Aside from the aforementioned additions, the patch update will tweak several of Car Mechanic Simulator 2021's game mechanics. According to Update Crazy, cars that were washed in the Car Wash and painted in the Paint Shop will now receive a value bonus.

Before the said update, both washing and painting did not add any value to the car, except when its interior was detailed and washed, along with other repairs such as repairing the body kit using the Wielding Machine and replacing the batteries.

Once the Patch 1.0.9 Update rolls out, they would notice an increase of value in the car once it is washed, especially after being bought from either the Junkyard, the Barn, or in the Kowalski Salvage Cars Car Auction, and painted.

Other tweaks that will be implemented includes a more metallic look for the Metallic paint type, the game's benchmark will now have information regarding its version, and any completed task in the Order Window will be highlighted in gray, as well as it slowed the changelog's scrolling speed.

It will also enable ET in the unrealistic tire size options up to 200, make the hue slider in the Paint Shop show proper color value, improved selected Junk in the Junkyard, and added a missing tuning rear muffler for the V8 OHV engine.

However, the patch update will make the bonus parts in the Junkyard and the Barn disappear as they will no longer be found in the said areas.

The Patch 1.0.9 Update for Car Mechanic Simulator 2021 will also fix several bugs in the game, which might affect its entirety.

According to BRGeeks, the update fixed the issue regarding its memory leaks while improving it memory management, as well as a bug that changes owned cars to order cars. It also fixed a bug where interior parts will lose quality stars when it is unmounted from the car.

The said patch update also fixed a bug within the car configuration select window, a bug that allows players to have more cars than available places, an issue regarding the turbo sound when they are revving a car in the garage, several stuck problems in the Junkyard, issues in various in-game language supports.