'Read Dead Online' Hardcore Telegram Missions Guide: What Are They, How to Play & Clear Them ALL 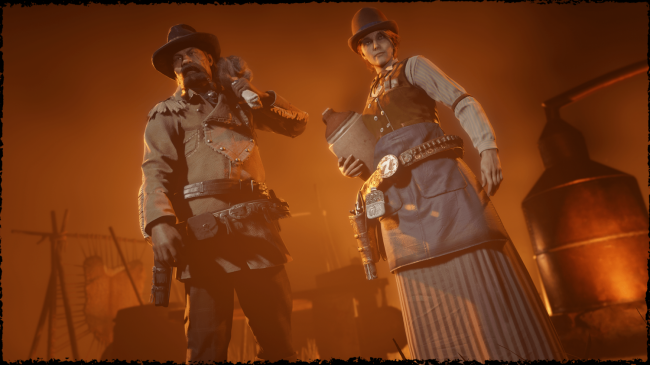 Outlaws will now have a chance to collect their dues as Rockstar Games released three new Hardcore Telegram Missions in Red Dead Online as part of its Weekly Update.

The said missions, according to a post in the game's website, will be different from the regular ones because players will not see the targets for these missions on their mini-map, as well as they will not have any aim assistance. Because of these limitations, they will just rely on their skills, determination, and patience.

Aside from these three new missions, the said Weekly Update will still give away bonuses, like double EXP in all Races and additional 50% RDO$ and XP after completing Trader and Moonshine Sales, as well as discounts for players to use in the online shooting game.

In A Tough Business, your pen pal “J” offers up a new batch of Hardcore Telegram missions with no aim assist, nor any enemies blipped on your mini-map.

A Telegram to Kill For

As mentioned earlier, there will be three new Hardcore Telegram Missions for players to take in Red Dead Online.

In "Good and Dead," according to Gamepur, players must eliminate a target that is the town of Saint Denis. Without any information regarding it, except one that tells them its last known outfit, they must swiftly kill it without alarming it, as well as the gang and the sheriff in the town.

In "Frontier Justice," they must resolve a problem regarding an armed occupation of the town of Armadillo by the Del Lobos gang. They must free the hostages from the captors in order to receive any hints on how they could disrupt their activities. To do this, they must enter this heavily-guarded town incognito without making a gunshot.

Finally, in "Cold Day in Hell," they must use their stealth, as well as their cunning minds, in order to quietly steal the robbery plans of a local gang. Doing it otherwise will alarm them and putting those who hired the players for the job on danger.

How to Play, Clear Them

In order to get these missions, according to Gtamen's YouTube video, players must go to the Postmaster at the Post Office or their Camp Lockbox. Once they got the telegram, and accepted the mission, they must accomplish it in a fast yet stealthy way.

However, in order to accomplish another Telegram Mission after clearing one, they must wait for a cooldown in order to do so.

Things like Gunshots, like in the case of the "Good and Dead" and "Frontier Justice" Telegram Missions, will cause attention to others, causing the players to not get the full rewards after completing said missions, hence they need to be patient, and silent, in order to clear them and receive said amount of rewards.

For example, in "Good and Dead," they must quietly find the target without alarming them. The best way to accomplish this, according to Bawsarnold's YouTube video, is to wait for the target, who wears a black long-sleeved stripped polo, white pants, and a red top hat, to walk in a specific route in the town.

Once he stops in a location without any people in sight, using a knife, they must backstab said target in order to complete the mission.

In "Cold Day in Hell," players must eliminate the local gang members, who are either in their outposts or doing night duty, using a bow and arrow, before searching the buildings for the said robbery plans.

The said objective, according to the said video, will be in the first building that they will encounter, but that would not be the case for the others, so they must survey three building in order to get it.

In "Frontier Justice," players must need to find and destroy the gang's wagons. To do so, according to LogOfOne's YouTube video, they must rely on their stealth by using weapons like the bow and arrow, as well as throwing axes, to eliminate the gang members who are guarding the said wagons.

They must also quietly eliminate the others who are guarding the hostages in order to free them. While doing so, they can use Molotov cocktails to destroy the wagons, disrupting the gang's activities in the town. After that, they must escape the town fast.