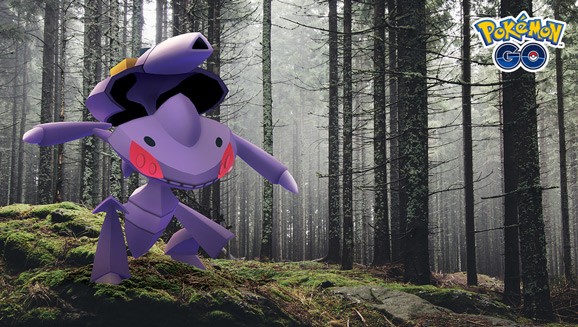 Genesect has arrived in Pokemon Go, and this time, he has something in its possession - the Douse Drive. This item, once held by the Bug/Steel-type Pokemon and "inserted" in the cannon attached to its back, will change the form of one of its attacks.

This Douse Drive form Genesect, according to a post in the game's website, will be appearing as part of its 5-Star Raids starting today, October 1st, and it will be on staying on the said raid until Tuesday, October 12th, at 10:00 AM local time.

As for a possible chance for Trainers to encounter a Shiny version of this Mythical Pokemon, the same blog stated that there are no Shiny Genesect Douse Drive form appearing in the said raids, but according to Polygon, they can still have the opportunity to catch a Shiny version of a Drive-less Genesect.

As mentioned earlier, Genesect is a Bug/Steel-type Mythical Pokemon. However, it has weaknesses that Trainers need to exploit in order to catch him in the 5-Star Raids.

With these facts alone, the best counter for Douse Drive form Genesect, once encountered in the 5-Star Raids in Pokemon Go, is to hit it with Fire-type attacks, mostly from Fire-type Pokemon.

According to a suggested list by CNet, Charizard (and its Mega X or Y Evolution form) is a perfect addition to a Trainer's Pokemon team to combat Genesect thanks to its Fire Spin and Blast Burn attacks.

In the Strategy Guide in the Pokemon Website regarding Genesect, Blaziken, a hybrid Fire/Fighting-type Pokemon, is also a great addition to the team thanks to its Fire Spin and Blaze Kick attacks.

According to Dexerto, Trainers must not bring Dragon, Fairy, Grass, Ice, Normal, Poison, Psychic, and fellow Bug and Steel-type Pokemon in their team as Genesect is resistant to these Pokemon, and the move sets based on said Types.

Once caught after the 5-Star Raid, Trainers can now analyze the Douse Drive form Genesect in order to make it more efficient in several Player-versus-Player (PvP) situiations, especially in Pokemon Go's Battle League.

According to Dexerto, Fury Cutter and X-Scissor can be suitable choices for its Fast Move and Charged Move, respectfully, as it showcases its ability as a Bug-type Pokemon.

Considering that it holds the Douse Drive, its Techno Blast (Water) is also a suitable choice for its Charged Move as it can make Genesect counter any Fire-Type Pokemon.

Other moves that are suitable for Douse Drive form Genesect are Metal Claw for its Fast Move, as well as Gunk Shot (Poison), Hyper Beam (Normal), and Magnet Bomb (Steel) for its Charged Moves.