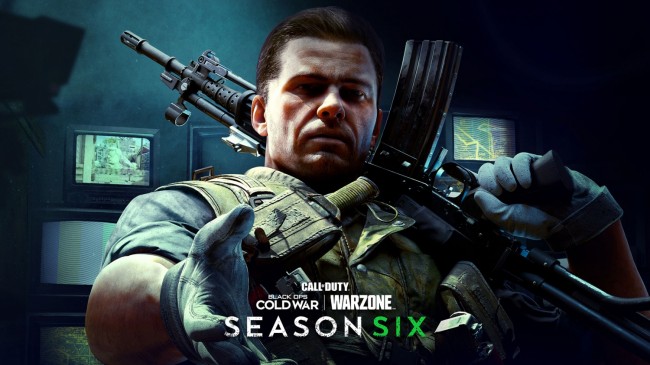 Both Call of Duty: Black Ops Cold War and Call of Duty: Warfare will simultaneously launch its new Season 6, which will bring in new additional content to first person shooting game.

This includes brand new maps, one of which are for its Zombies game more, as well as brand new Operators, weapons, Store Bundles, and a new Seasonal Event.

As mentioned earlier, Season 6 will bring in a new Zombie map. The said map, which is named Forsaken according to VGR, is the Omega Group's testing site in the former USSR where the horde of extra-dimensional undead spawns.

Gear up for Season Six of #BlackOpsColdWar and #Warzone coming October 7th. pic.twitter.com/4ugSeXDH0t

The said map will feature new content, which includes the new "PhD Slider" perk. The said perk will grant players who will equip it the ability to trigger explosions whenever they slide into the zombie horde.

A new Wonder Weapon, the Chrysalax, will also be included in Forsaken. The said weapon, which is in form of a two-handed axe, can be obtained either by clearing its own quest within the map, by completing the Trials, or through the Mystery Boxes.

Aside from the Wonder Weapon, two additional weapons will be available in the said map for the Zombies mode.

The Hand Cannon, which is already available in the games' Multiplayer mode, is a powerful handgun capable of blasting any undead foes, while the ARC-XD explosive acts as a decoy that can draw enemies toward it before releasing a lethal pulse of energy in its radius.

Aside for the new Zombies map, the Season 6 for both Call of Duty: Black Ops Cold War and Call of Duty: Warzone will also bring new additional in-game content, including new Operators. According to a post in the Call of Duty's website, Alex Mason and Benito "Fuze" Ortega will enter the battlezone.

The original protagonist of Call of Duty: Black Ops, Mason will be available in the new Battle Pass for the Season 6. Once players got the said Battle Pass, they will immediately get the said Operator at its Tier 0.

Meanwhile, Ortega will be only obtained by buying a Store Bundle, which will be available in the in-game store once the new season rolls out.

Aside from the new Operators, three new maps are ready to be played for both black Ops Cold War and Warzone.

The Amerika map, according to Techzimo, will bring players to a Soviet recreation of an American street, complete with buildings that are designed for close-quarters combat, as well as for long range weapons due to the map being medium sized.

Deprogram is a map suitable for up to 12 players, and it contains segments of Adler's memories, stitching together to create a different game experience, as well as red doors that they can use to teleport themselves from one part of the map to the other.

Gluboko, which is located inside an underground vault of the KGB headquarters, is a map exclusive for both Gunfight and Face Off game modes. The said map will promise lightning-fast action that is centered around the main briefing table.

Five new weapons will be available in the game, all of which can be obtained for free. This includes the .410 Ironhide shotgun, the Grav assault rifle, the Battle Axe melee weapon, the LAPA submachine gun, and the Hammer and Sickle dual wield weapon.

Three of the said five new weapons will be free to obtain once players clear certain Tiers in their Season 6 Battle Pass, while the Lapa submachine gun will be awarded for players who participated in the The Haunting Seasonal Event as a reward or can be obtained through a Weapon Blueprint, which is included in a Store Bundle.

As for the Hammer and Sickle melee weapon, players can obtain it either through a Store Bundle or by completing a melee-based in-game challenge.

The Season 6 for Call of Duty: Black Ops Cold and Call of Duty: Warzone, according to PVP Live, is expected to roll out this coming October 7th.