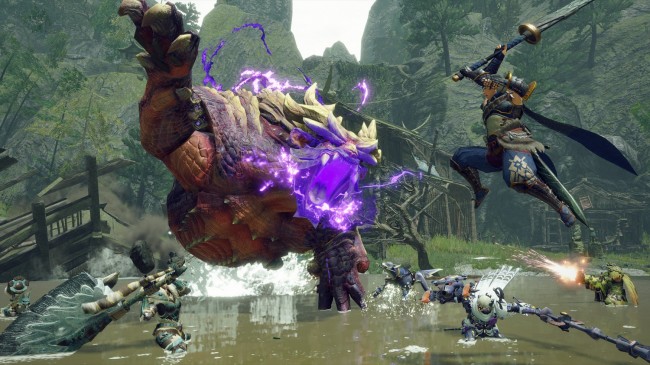 Capcom announced during their showcase in the recent Tokyo Game Show 2021 that they will be releasing a PC version of Monster Hunter Rise. This is a part of the video game developing company's plan to split up their line-up of games to both the PC and consoles on a 50/50 basis.

The announcement also come up with a teaser trailer, which according to Technosports, featured its capability to support video graphics up to 4K, as well as High Resolution texture, uncapped framerates, and support for 29:9 ultrawide screens and HDR display.

To further support these graphic features in Monster Hunter Rise, once it is released in the PCs, players must need to have theirs fulfill the system specifications that it requires.

Both of these also require a Windows 10 64-bit Operating System, an 8GB worth of RAM, a 23GB worth of available storage size, the Version 12 of the DirectX, and a steady broadband Internet connect.

These requirements are still subject to change depending on the outcome of development of the monster Hunter Rise's PC version.

During the Tokyo Game Show 2021, Capcom announced that the PC version for  Monster Hunter Rise will be released on January 12th, 2022.

However, according to Inverse, players who want to test the said version can download the demo, which will be available on Steam on October 13th, 2021, and will be available indefinitely, unlike the limited-time demo of the game for the Nintendo Switch.

The said demo for the game will include the Training tutorial mode, a Wyvern Riding tutorial, and hunting quests for the Great Izuchi, Mizutsune, and Magnamalo. It will also have fourteen weapon types for players to choose from, as well as online multiplayer modes.

Those who want an extensive monster Hunter rise experience in their PCs can also pre-order to full gamer on Steam, which will cost $59.99.

Those who pre-ordered the game will receive a Novice Talisman and Retriever and Forest Cat layered armors for their Palamute and Palico buddies that will make them look like real-life dogs and cats, respectively.