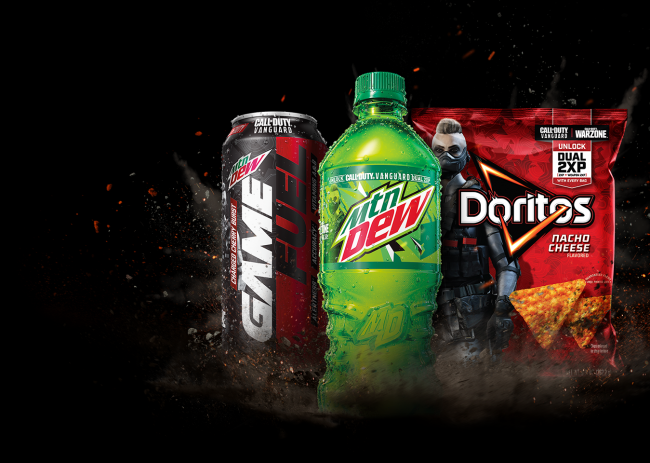 To promote the November 5th launch of Call of Duty: Vanguard, Doritos and Mountain Dew released several of their products that has special redeemable codes that players can claim and use not just for the incoming new addition to the Call of Duty franchise, but also for Call of Duty: Warzone.

These codes, once redeemed, can give them XP boosts not just for the players but also Weapons XP for a limited time.

This is a part of a continuing partnership between the shooting game and the tortilla chip and soda brands as both of them often run promotions to give out goodies for its players.

In fact, according to Charlie Intel, the logo for Call of Duty: Black Ops Cold War was leaked in several bags of Doritos last year.

How to Redeem the Codes

Then, they will go to dewanddoritos.com, where they can sign in their credentials for their Mountain Dew X Call of Duty: Vanguard account, including their email address and password. Those who do not have an account can also register in the same website.

Once they are logged in, they can enter the code that they found. Afterwards, they can redeem the reward in-game.

Here is What They are Getting

Also, a 16 oz. mountain Dew Game Fuel will not only give them 15 minutes worth of Dual 2XP boost, but also an exclusive Operator skin once they entered the first code that they saw.

Those who bought the XXL bag of the same flavors will have 60 minutes, or one hour, of Dual 2XP boost.

These Dual 2XP boosts, which will double both the player XP earned and the Weapon XP, will be valid for both Multiplayer game modes for Call of Duty: Vanguard and Call of Duty: Warzone. The redeem codes, according to EsportsTalk, will last until March 28, 2022.