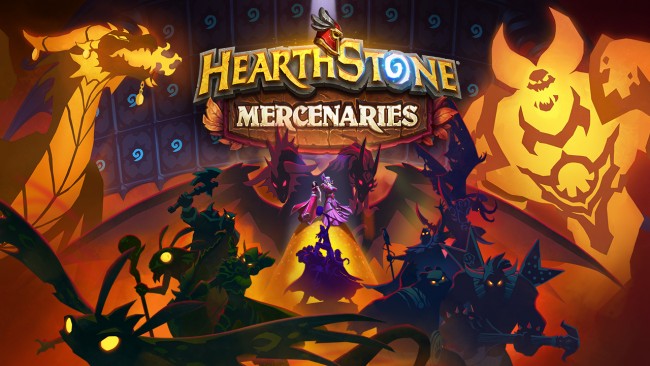 Hearthstone, Blizzard's online collectible card game, is releasing its new game mode called "Mercenaries," where players battle through player-versus-environment (PvE) Bounties, as well as teams from other players through its player-versus-player (PvP) mode.

The said game mode, according to Gamerant, will have a different gameplay from the others. It will not focus on summoning minions and casting spells like the core card game, nor will have the auto battling feature from Battlegrounds.

However, what makes Mercenaries unique is the fact that they have their own set of cards that players can use and collect, as well as its other in-game elements such as the Mercenaries Village.

In Mercenaries, according to Dot Esports, players will assemble teams of Mercenaries, which they will collect as they progress in the game. Each of these Mercenaries are color-coded based on what type of Combat Roles they have in the game.

The Casters, whose frames are colored blue, focus on board control, while providing utility to a player's Mercenary lineups, making them supporting characters. They have the lowest attack value compared to others, but can deal double damage to Protectors.

The Fighters, whose frames are colored green, on the other hand, are the fast damage dealers in the lineup. They are centered around attacks or spells, can deal double damage to Casters.

The Protectors, whose frames are colored red, are those who are proficient in defense and has the highest Health points than other two. They tend to be slower and bulkier, as well as they are struggling against ranged combat. However, they can still deal large amount of damage, especially to Fighters.

Aside from Combat Roles, each of the Mercenaries also have their own abilities and equipment, both which can be upgraded with the help of the Mercenary Coins. Players can have these coins once they finished and collect their Bounties.

Each of a Mercenary's abilities has a speed value that determines its order during a combat, as well as cooldowns in order to prevent ability spamming, especially powerful ones.

According to Dexerto, there are eleven Minion Mercenaries that players need to have in Hearthstone's Mercenaries.

Eight of these can be obtained once players complete the prologue and the introductory missions in the game mode, while the other three, which are part of the Diablo-based Expansion set, can be unlocked by either purchasing an in-game bundle or completing in-game Bounties.

Cornelius Roame, a Protector Paladin, can restore the Health points of its fellow Mercenaries with its Blessing of Sacrifice and Hold the Front, as well as his own thanks to Martial Mastery.

Blademaster Samuro, an Orc Fighter, can attack again after damaging an opponent Mercenary with its Double Strike, and deal even more damage to all enemies while gaining immunity thanks to its Whirling Blade. Its Mirror Image can copy any opponent Mercenary to fight the real one instead of himself.

Grommash Hellscream, an Orc Protector, can gain Attack points after attacking an enemy thanks to its Blood Fervor and Battlefury abilities, while its Staggering Slam can deal damage, but will make the next ability to be casted 2 Speed slower.

Xyrella, an Elven Caster, can deal damage while healing or buffing her allies thanks to her Binding Luminance and Atonement. Her Flash Heal can simply heal an ally Mercenary by 5 Health.

Tyrande Whisperwind, an Elven Fighter, can make casting any Arcane ability faster thanks to Elune's Grace, while dealing damages to enemies with Arcane Shot and Arcane Salvo.

READ ALSO: 'Yu-Gi-Oh Duel Links' ARC-V Guide: What is Pendulum Summon, How it Works + New Characters, Cards that will be Coming

TAG Hearthstone
© 2020 Game & Guide All rights reserved. Do not reproduce without permission.