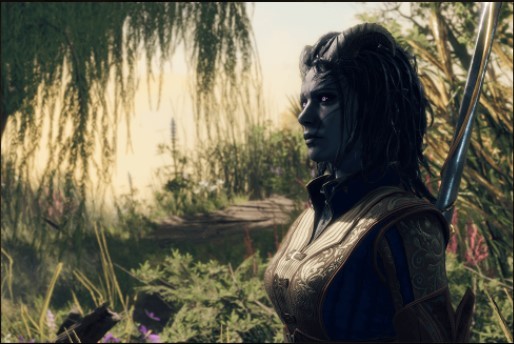 Larian Studios announced that Baldur's Gate 3 will receive the newest Patch 6, which PC Gamer, will be the biggest patch the role-playing game will receive, thanks to its 60GB worth of data.

The said patch update will bring new additional content in the Dungeons & Dragons-inspired game, including a new job class, as well as a funny addition to its weapons - a salami. All of these additions will be first previewed in the EGX 2021 in London this week.

One of the major additions in Baldur's Gate 3 one its Patch 6 rolls out is the brand new class that will add to its roster. Before this update, the game received the Druid job class last February, which focused on spells powered by the moon and nature.

Patch 6 is right around the corner, and it will make save games from previous versions of BG3 incompatible. If you want to continue your Patch 5 adventures, we have a beta branch for that.

According to NME, considering that the game is based on Dungeons & Dragons' fifth edition, the possible job classes that might be included are the Bard, the Paladin, and the Sorcerer classes.

However, according to Rock Paper Shotgun, Larian Studios did not disclose what job class will be revealed and added, but they said in their post on Steam that players of the game need to "get ready to make some magic."

Before the supposed new addition, and with the inclusion of the Druid class, Baldur's Gate 3 has a total of seven playable job classes, including the basic job classes like the Fighter, the Ranger, and the Wizard classes, as well as the Cleric, the Warlock, and the Rogue classes.

Another addition from the Patch 6 for Baldur's Gate 3 will be a funny one as the update brings in a large salami as a weapon.

This meaty surprise, according to PC Gamer, is an easter egg reference to the interactive live action role-playing game (LARP) that the developers made during their last Panel from Hell livestream.

The said "weapon," according to their Steam post, can be dual-wielded, so players might expect to hold two of these cured sausages in both of their hands and brandish it to their enemies, especially in The Sword Coast.

As mentioned earlier, Baldur's Gate 3's Patch 6 will be the biggest patch the game will receive with its 60GB worth of data. With the new update incoming, the developers, in their Steam post, reminded players that any saves made from the previous Patch 5 or prior will no longer be compatible.

However, they will have an option of whether they want to continue the saves of previous Patches, or ditch them to make way with the up-to-date new content that Patch 6 will offer.

If they choose the latter, players will automatically receive said patch update as long as the "Always keep this game update" option is selected in the drop down menu.

If not, they must right click the game in their Steam library, and select Properties. From there, they will click the updates tab, and select the said option.