'Far Cry 6' Gunpowder Guide: Where to Find and How to Use Them ALL 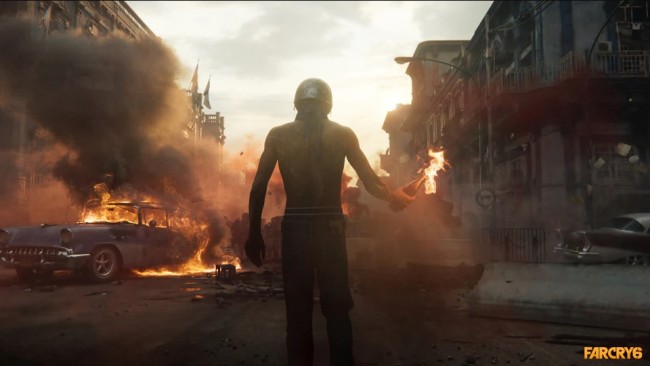 In Far Cry 6, players need to lead a revolution in liberating the country of Yara while toppling down the military dictatorship of a power-hungry Anton Castillo, as well as his army, the Fuerzas Nacionales de Defensa (FND).

Along the way, they will encounter several key items that might help them in defeating The Dictator and his military might. The items can help them upgrade their weaponry, as well as their gadgets. However, several of them are hard to find in the game. One of the said items is gunpowder.

How to Find Gunpowder

There are three ways for players to get their own supply of gunpowder, according to Rock Paper Shotgun - by finding and opening FND crates, by stealing military supplies, or by completing certain Bandido Operations.

Far Cry 6 gunpowder is a vital resource you'll want to get more of https://t.co/RuQPjTEj1m

For the first option, players need to go to certain areas in the game, including checkpoints and bases, until they will saw red crates that has FND written on it. These crates may have gunpowder, but at times, it may have other items, such as Supremo-Bond or a piece of gear or weapon.

For the second option, they must first collect intel and rescue any prisoners to know the location of any military airdrops. Once they got the information, they would see a yellow smoke plume in the area, then they need to race to that drop point to steal said airdrop before the FND forces got it.

Where to Find Gunpowder

According to GamesRadar, there are 25 locations in Yara that players need to go in order to get the gunpowder through the aforementioned methods.

For the first location, they must find the FND crate in the fort during the du or Die mission, while for the second location, they will find more of the said resource on the roof of the blue bilding with the Biovida signs during the Sabotage the Viviro Nueve Plantation mission.

For the third location, players need to snatch some gunpowder on the bridge of one of the ships in the Quito Bay Blockade, while the fourth stash of gunpowder is on the ground floor of the mansion when they take the Meet the Monteros mission.

For the fifth gunpowder location, they will get it in the Montero Farm during the second Fetch Quest chorizo mission, while the sixth gunpowder stash was seen between two of the blue and white tents during the Clear the Air mission, and the seventh one is in the checkpoint in Costa del Mar.

The eighth gunpowder stash is on the construction near a blue and white building while taking the Blood Ties mission, while the ninth stash is in a small electrical substation just off the main road. The tenth gunpowder location is in one of the buildings in the Castillo Senorial Tobacco Factory.

The eighteenth location of the gunpowder crates is in a monument's square, while the nineteenth stash is in the hotel in Conuco. The twentieth gunpowder crate is in the coastal checkpoint in Sierra Perdida, while the twenty first crate is located at the very top of the radio tower.