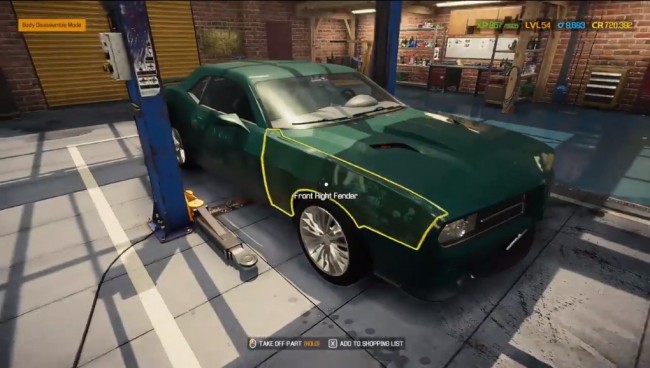 In Car Mechanic Simulator 2021, players will not only restore their very own cars using more than 4,00 car parts, but they can also repair cars using said car parts, along with the equipment that they have in their garage, during Story Orders.

The said Story Orders, once accomplished, can award them with Credits, which they can use to buy cars and parts for future restoration projects, as well as XP, which can be used to unlock several abilities that may help them in the game like unlocking key areas and skills.

Story Order 19: How to Repair a Dodge Challenger Mk3

In this Story Order, players must repair a Dodge Challenger Mk3, or in the game, it is called the Echos Imperator. According to OfficialMisua's YouTube video, the said car has problems in its engine, despite the claim that is it "working."

Aside from that, players will also need to replace timing related parts, as well as inspect and replace the filters. They must also need to investigate the strange noise coming from the engine bay, as well as the rattling sound in the suspension.

Either way, they must disassemble the problematic parts that needs to be repaired or replaced. But first, they need to drain the oil, brake fluid, coolant fluid, windshield washer fluid, and power steering fluid.

Then, they will disassemble the following parts - the water pump pulley, the belt tensioner, the water pump, the supercharger, the supercharger intake manifold, the fuel rail DI, the fuel, air and oil filters, two ignition coils, two timing belts, a camshaft, the fuel pump, the flywheel, the crankshaft, the crankshaft bearing cap, the serpentine belt A, and the rear shock absorber.

They can also disassemble several parts that they think they need repairing in order to make the performance of the car more optimal, as well as to increase its profitability.

Those that are impossible to repair can now be sold for additional Credit and Scraps, a necessary in-game currency that can be used to upgrade several parts, and instead, buy their replacements.

Once they got the parts, they will reassemble the car, then replace the oil, brake fluid, coolant fluid, power steering fluid, and windshield washer fluid with a new one. Afterwards, they can wash the car in the Car Wash, and test drive it before giving it back to its owner and earn the profit.