'CoD Warzone' Glitch Lets Players Use Weapons From 'Vanguard:' How to Exploit For StG 44, M1 Garand 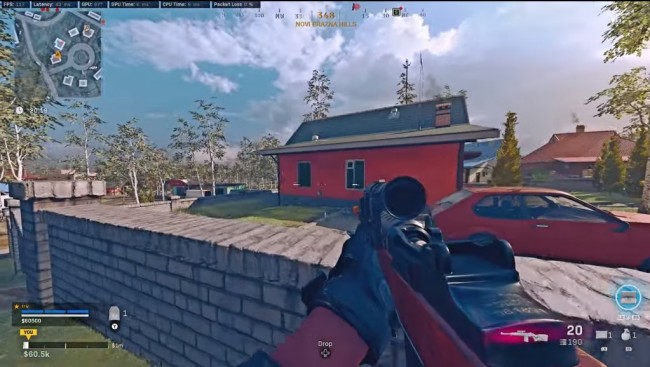 Thanks to a glitch, players can have the M1 Garand semi-automatic rifle, like the one seen here in this screenshot, and use it in Call of Duty: Warzone's private matches.
(Photo: Screenshot from Eriv's "Call of Duty Warzone Season 6 New Unreleased M1 Garand Gameplay")

Several Call of Duty: Warzone players discovered a glitch within the first person shooting game where they can use the weapons that was supposed to be released in Call of Duty: Vanguard.

With the said glitch, players can now use the StG44 German assault rifle and the M1 Garand American semi-automatic rifle in Warzone by accessing its weapons menu, but according to Gamespot, these weapons cannot be equipped to their custom loadouts.

How Does the Glitch Works

The said glitch, according to GamesRadar, was first discovered by JGOD, a Call of Duty: Warzone streamer, in a clip that it shared in his Twitter account. In the said clip, when he got the weapons from a weapon drop, he was surprised to know that he got the assault rifle.

He also said in the tweet that he "gained access" to the StG 44 during private matches, although no weapon inspection was happened.

The StG44 assault rifle was one of the few weapons in Call of Duty: Vanguard, along with the M1 Garand semi-automatic rifle, that players tried during its beta tests, which ended last September 20th.

It turns out that this is a glitch coming from Warzone's Weapon Drop Field Upgrade. According to DBLTap, the said rifle, along with the M1 Garand, was added into the randomized loot pool for that said upgrade, allowing players like JGOD to own said weapons in both the Verdansk and Rebirth Island maps.

Aside from the said weapons, several players also noticed that several attachments for the StG 44 and the M1 Garand are also in Warzone despite of the fact that much like the two rifles, the said attachments are also not released in the officially.

According to a Tweet by ModernWarzone, 10 attachments were speculated to be included for the said weapons, and was also seen in Warzone's private match lobbies.

On the other hand, Activision, the developers of the Call of Duty series, did not state anything regarding the said "additions," but according to PC Gamer, they might initiate an emergency patch that could make the guns disappear.

Both the StG 44 assault rifle and the M1 Garand semi-automatic rifle will be available on Call of Duty: Vanguard once it is officially released on November 5th.

How to Exploit the Glitch

As mentioned earlier, the glitch that could make both the StG 44 assault rifle and the M1 Garand semi-automatic rifle will might disappear once Call of Duty: Warzone receives an emergency patch.

Before that happens, players need to exploit the said glitch in order to experience of wielding these two World War 2 weapons.

To do this, according to Dexerto, players must join any Warzone game mode that has the Weapon Drop Field Upgrade. Once they are in the game, they need to locate the nearest area that has the said upgrade or from a loot crate.

Once they are on that area, they will interact to it and claim the weapon inside. If they are not lucky enough to get the StG 44 assault rifle or the M1 Garand semi-automatic rifle, they can try again by eliminating themselves in the game and return to the same area.

Another way to speed up the process, according to DBLTap, is to ditch their Weapon Drop field Upgrade, and instead grab either a Munitions Box or Armor Box so that when they respawn, they will not have to wait for the weapon drops to recharge.

Players need to keep in minds that they can use the said Field Upgrade on two different lives before it breaks.