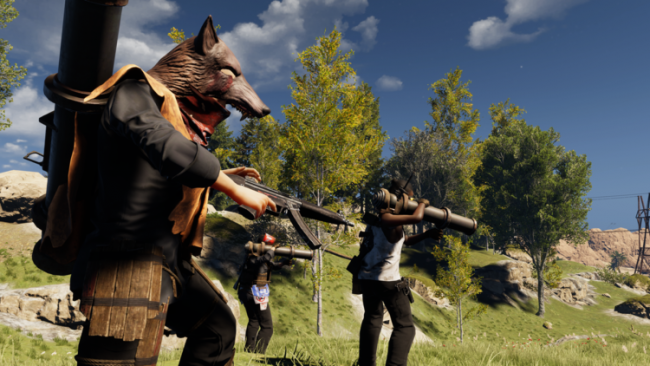 The console edition of rust receives its Patch 1.07 Update, bringing in fixes to several bugs and crash issues that might affect the online survival game.

The said update, according to Dual Shocker, will also add in a new Skin Store, along with four different skin bundles for players to purchase.

The Skin Store is Open

The only addition to Rust's console edition once the Patch 1.07 Update rolls out is the brand new Skin Store. The said in-game store, according to Dual Shockers, will sell skin bundles based on rarity.

Once they have bought a bundle, players will receive between 5 to 6 unique skins that are based from a certain theme. They can also buy the skins individually, but buying those skin bundles will give them discounts.

Once the said patch update rolls out, the said Skin Store will be selling four different skin bundles, but Double Eleven and Facepunch Studios, the developers of the said survival game, did not disclose what theme these skins bundles will have.

The major focus of the Patch 1.07 Update for Rust's console edition is the fixes for several of the game's crash issues and bugs.

According to the patch notes posted in their website, the patch update fixed several crash issues that occur after selecting and/or choosing a skin in the Repair Bench, after loading the settings for the Audio speaker mode, after adjusting several attachments on the weapons, and when they open the campfire, the furnace, or the large furnace.

It also fixed several crash issues that occur when a foundation is destroyed with a lantern placed on it, when firing the Eoka pistol, while unplugging and replugging the headset while traversing the platform menus, and when certain animal animations were played.

Aside from crash issues, the patch update also fixed several major game issues, including a game booting issue that would cause instability.

According to Attack of the Fanboy, it also fixed a bug that causes the game to become unresponsive after players were timed out from the server, then the "Controller Disconnected" popup notification appears, as well as an issue that would allow players to select non-hostile items in safe zones, which can be swapped for lethal weapons.

It also fixed several minor ones, including an issue where a player revives after dying from a fall damage, which causes it to die again from that same damage, as well as an issue that causes game invite to not pass the main menu after being accepted, and a bug which cause the background in the main menu to flash.

The Patch 1.07 Update also fixed other issues in the game's audio, video, user interface, and its "Quality of Life," as it well as several balance issues, including the adjustment of the HQM, Stone, and Sulphur Quarries, making them more in tandem with Rust's PC version in terms of resource output.