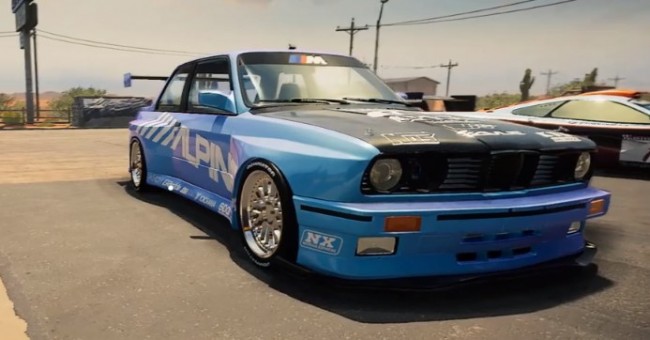 In Car Mechanic Simulator 2021, players can restore one of the cars that are available in the game, whether if it is pre-installed, included in two of its downloadable content (DLC) car packs, or downloaded as a car mod from the Steam Workshop, using more than 4,000 car parts.

Once restored, they can either sell it to earn more profit for their future car restoration projects, or include it as part of their garage collection.

Aside from that, they were also given the chance of restoring any kind of car, ranging from classic Americana muscle cars to compact cars to sports cars.

One of the cars that they want to restore is the BMW M3 E30, the first among the M3 car series of BMW that was produced from 1986 to 1991. The said car can be downloaded to the game as a car mod from the Steam Workshop.

Once they downloaded it, players can now see the BMW M3 E30 in Car Mechanic Simulator 2021, and can be purchased in the Car Salon, the Car Auction, or in the case of DanGaming's YouTube video, the Junkyard.

Once they purchased the car, they can wash its exterior and interior in the Car Wash, then they will transfer it to the Car Lift inside their garage. Once it is in the Car Lift, they can disassemble the car, including its engine, its wheels and suspension, its body kit, and its interior.

Once they repaired the parts, or bought its new replacements, they can now slowly reassemble the parts, starting with its engine.

They will also need its fuel rails, its engine head covers, its ignition coils, its coil covers, and its throttle.

After they completely build it, they can reinstall the engine inside the car using the Engine Pulley, then start reassembling the whole car, including newly-repaired parts for the wheels and suspension, gearbox, electronics, body kit, lights, doors, glass panels, and interior. They can also refill its oil, power steering fluid, windshield wiper fluid, and brake fluid.

Afterwards, they can realign its lights and wheels, and tune its gears. After they repainted the whole car, they can now test drive their very own BMW M3 E30.