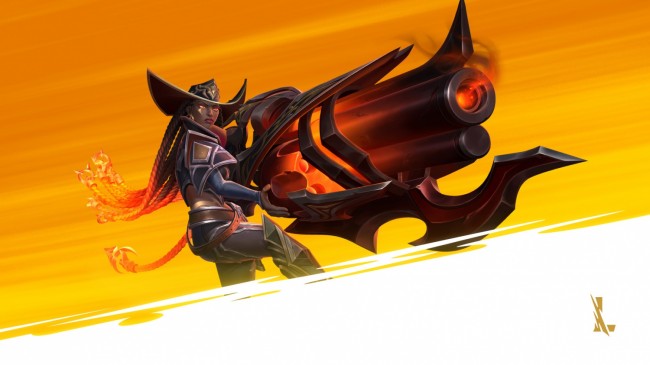 Riot Games announced that League of Legends: Wild Rift will receive its Patch 2.5 Update, which will bring new additions and changes to the mobile version of the online multiplayer battle arena game.

The said update will bring in new Champions that will add up to its roster, all of which, much like the other Champions released in the game, will be mobile counterparts of themselves, with abilities act much the same as that of their version in the PC, only tweaked to suit its gameplay within the smartphone.

Patch 2.5 Update will also bring in a new Guild system and a new Battle Pass, as well as changes and improvements to its in-game mechanics and matchmaking.

Hey all, we’re delaying the release of Patch 2.5 by two days due to some unforeseen development challenges. Here’s the new timeline for the upcoming release!

The Patch 2.5 Update will introduce three new Champions that will be playable in League of Legends: Wild Rift, namely Veigar, Caitlyn, and Jayce.

Veigar, according to Dot Esports, will come in the game as a mid-laner Mage Champion, as well as Support, with a lot of abilities that are focused on crowd control, while dealing burst damage.

Caitlyn can be a threat to the Bottom lane, as well as in the Dragon lane, thanks to her traps, as well as her Ace in the Hole Ultimate, which can execute enemies with ease.

Jayce, thanks to his interchangeable Mercury Hammer and Mercury Cannon, will bring the pressure to both the Top and Mid Lanes, as well as in the Baron lane.

Aside from three new Champions, new Champion skins will be also available in Wild Rift once the patch update rolls out.

These new Champion skins will be available on the in-game Shop.

League of Legends: Wild Rift's Patch 2.5 Update will also bring in the new Guild System. The said new system, according to Dual Shockers, will open up a new way for players to team up and play with their in-game friends.

Once a Guild is created, members can communicate with each other and share in-game news, as well as receive their own set of rewards, ranging from XP to Blue Motes to other unique rewards, that they can earn by playing with their fellow Guildmates.

Also, Guilds can battle with each other with the weekly Guild-versus-Guild (GvG) game mode, in which they will compete each in a race to collect supplies throughout a time period. To earn them, they must complete quests that required the members of the Guild to play as a group.

To make it more interesting, the Guild who has the fewest supplies can sabotage their opposing Guild by playing matches. The said opposing team will defend theirs in the same way.

In order to create a Guild within the game, players must reach Level 9, and pay an amount of Poro Coins or Wild Core as initial payment. Afterwards, they will have full control of their Guild name and icon.

Aside from the aforementioned additions, the Patch 2.5 Update will also bring a second Rift Herald in League of Legends: Wild Rift.

According to Upcomer, the said addition will draw the attention of the players to the Baron lane as it will give them an objective to win before the Baron spawns. This will also give more opportunities to initiate team fights around the said area, as well as to increase a player's potential as a Carry.

Because of said addition, the spawn time of the Baron will be delayed, however its respawn time will remain the same. Aside from that, non-effect Jungle camps will also have a delayed respawn time, however the gold that will be earned will be increased.

Patch 2.5 Update also tweaked Wild Rift's matchmaking system, which according to Dot Esports, will based entirely on the player's matchmaking rating, or MMR, instead of its rank earned, making matches fairer overall.

The patch update will also have a new Battle Pass, which will bring more rewards for its Free pass track, including the Hexplorer Tristana skin. Riot Games will also change the display of rewards in the Battle Pass so that it will differentiate between the basic Free pass and the Premium pass.

The Patch 2.5 Update for League of Legends: Wild Rift will be rolled out in the game this coming October 14th, at 3:00 PM PDT.