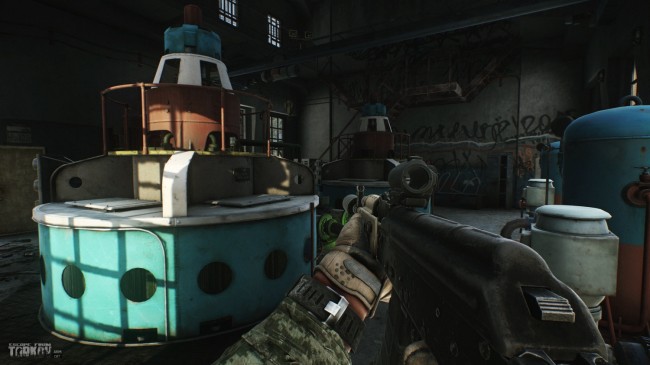 Escape from Tarkov has received its Patch 0.12.11.5, which brought changes and fixes to the online shooting game.

The said patch update focused in bringing optimization and performance changes in the game to make it run smoother on PCs, as well as graphical and gameplay tweaks. It also fixed several bugs that might affect the entirety of the game.

The Patch 0.12.11.5 Update for Escape from Tarkov has brought several optimization and performance changes in order to make the game run smoother in PCs.

The update installation is complete. Enjoy the game!
Please report any bugs you find through the launcher by clicking the "Report bug" button#EscapefromTarkov https://t.co/Z9xpHi0M5F https://t.co/wyqZeCYCNy pic.twitter.com/YrfwMUnjR3

One of the said changes, according to its patch notes that was posted in the game's Reddit page, is the adjustments made in order to reduce the RAM consumed after finishing a raid in the game, as well as tweaking the logic behind the fonts used in the game also to allow reduced memory consumption.

Before the said change, according to Future Game Releases, the game became slower after players accomplish said raids, as it consumes an excessive amount of RAM. With the change, the game will not be laggy and will run smoother than before even after completing a raid.

The said patch update also tweaked the game's Reflex so that it will no longer affect the Hideout's performance one enabled.

Finally, the patch update also added the "Enable Hideout pre-load" option in the game's settings, which, once disabled, will reduce the time for the main menu to load when starting the game and after finishing raids. They can also enable the said option in order for the Hideout to pre-load in the game.

Aside from these optimization changes, the Patch 0.12.11.5 Update also tweaked the game's visual and graphics, including its shadow render distance, which was increased to 500 meters regardless of its quality settings, as well as a fix to an issue in its camera that led to weapon distortion on screen edges.

The patch update also changed several gameplay elements in Escape from Tarkov. According to The Nerd Stash, it added the ability to change the fire modes of every weapons "by rotation" by pressing the key dedicated for Fire Mode twice.

It also added maximum single fire rate parameters for all of the game's weapons, which according to NME, will vary between each of them, while ensuring that players will not use any macros to fire said weapons at an impossible fast speed.

The patch update also moved the AI of all Scavs, Raiders, and Bosses to a new technology platform, which will allow the expansion of the complexity of the AI-driven unit behavior, as well as an increase to the number of Scavs in a single raid.

The said update also fixed an issue where players would not speed up while moving prone when they press the Sprint key, as well as a bug that makes the display of the Scav faction "SAVAGE" instead of "SCAV" on the game's lobby screen.

It also fixed a bug that makes Hideout areas remain inaccessible at the end of the build timer until the game was restarted, as well as an issue where the player will freeze on a stationary weapon after using any gestures or quick-releasing their backpacks.

It also fixed a graphical bug where the light coming from the flashlight would pass through obstacles, as well as the same bug that causes players to move without any animation if they press the movement keys quickly.

READ ALSO: 'Far Cry 6' Aguda Cliffs Checkpoint Key Guide: Where to Find, How to Get It