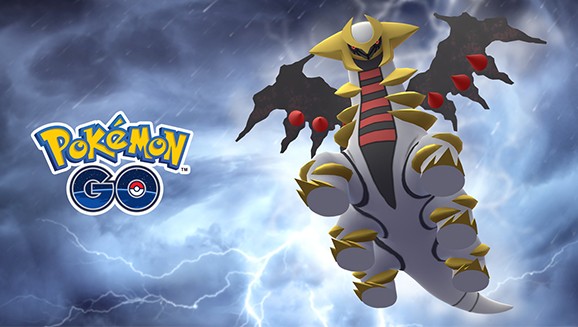 The Legendary Ghost/Dragon-type Pokemon from Sinnoh region, Giratina returns to Pokemon Go, and this time, its Altered Forme will be part of this month's 5-Star Raids following Genesect (Douse Drive form). The said Raid is part of the on-going Season of Mischief in-game event.

According to GameRant, Giratina's Altered Forme will be staying on said 5-star Raid until Friday, October 22nd at 10:00 AM local time.

For Trainers who are waiting if there would be a Shiny version of the said Pokemon, according to Future Game Releases, they might encounter, and caught, the said version of Altered Forme Giratina during the Raids.

With these facts alone, according to Bleeding Cool, Trainers who want to encounter Altered Forme Giratina must have the following Pokemon in their team - Mega Gengar (Shadow Claw, Shadow Ball), Mega Houndoom (Snarl, Foul Play), and Rayquaza (Dragon Tail, Outrage).

Trainers can defeat Altered Forme Giratina easier by tagging along with up to two of them, or if they do not have counters with maxed-out CP, they can face said Pokemon in the 5-Star Raids with four or five other players

Along with its beefy stats, its moveset was remarkable. It Shadow Claw is the best choice for its Fast Move, while they can choose either the Dragon Claw or Shadow Sneak as its Charged Move.

Because of its moveset, including its Charged Move, Altered Forme Giratina can be a good Switch or Lead Pokemon.