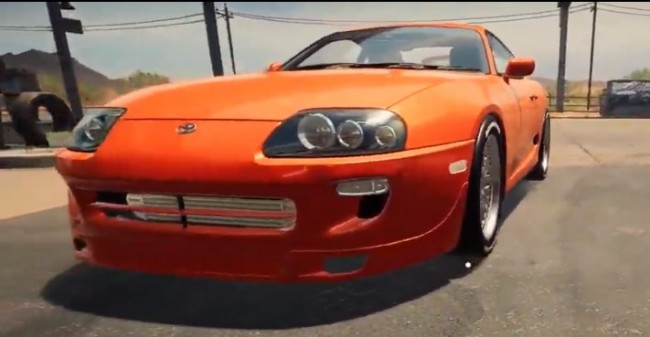 They can either sell it for additional profit and for future car projects, or keep it as part of their garage collection.

They can also repair or restore different kinds of cars, ranging from classic Americana muscle cars to compact cars to sports cars. One of those said cars is the Toyota Supra A80, a sports car that was made under Toyota's Supra line, and manufactured from 1993 to 2002.

Once they finished downloading the car mod, they can now see, and purchase, the Toyota Supra in the Junkyard, the Barn, the Car Salon, and the Car Auction.

How to Restore a Toyota Supra

Once they purchased it in the Junkyard, according to SONNY Gaming's YouTube video, they can wash the car's interior and exterior in the Car Wash.

Afterwards, they will transfer the car in the Car Lift. From there, they can either go to the Examination Mode to examine the car and look for the parts that needs repairing or go straight to disassembling it.

Before doing so, they must first drain its fluids, including its oil. Once they disassemble the car parts, including its engine, electronics, battery, wheels and suspension, and body kit, and all that is left is the body frame, they can now repair it using the Wielding Machine.

Afterwards, they can repair the car parts that can be re-used for the restoration project using the Repair Tables that are on the Workshop. To do this, they must play a minigame, where all they need to do is to hit the green tabs in order to repair the said parts. They must repeat this until the parts are fully repaired.

On the other hand, parts are impossible to be repaired can be sold for Credits and Scrap, which they could use to upgrade the car parts, and instead buy replacements of said parts. If they want the car to perform better, they can also buy Performance Parts, which has a red tab (or blue in case of brake pads).

Once they have the repaired or replaced parts, they will proceed in rebuilding the car, starting with the engine. In order to rebuild it, they must have the engine block, the crankshaft, the pistons with its rings, the crankshaft bearing caps, the rod caps, the fuel and oil filters, the water pump, and the alternator.

They will also need the fuel rail, the cam gears, the serpentine belts, the coil cover, the timing covers, the idler rollers, the crankshaft pulley, the belt tensioner, the radiator fan, the exhaust manifold, and the turbochager.

Once they finished rebuilding the engine, they must reinstall it into the car using the Engine Pulley, then followed by reassembling the rest of the car, including its body kits, wheels and suspension, gearbox, lights, glass panels, battery, electronics, and interior.