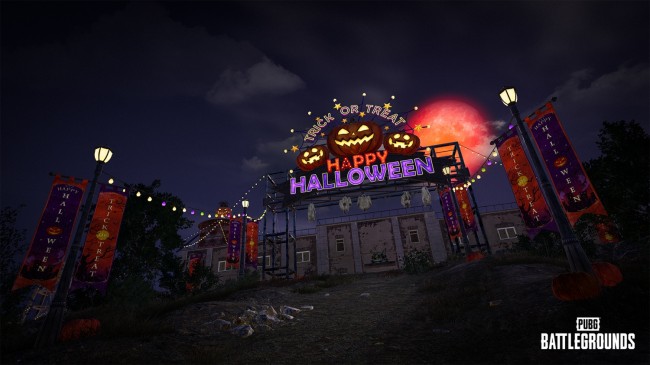 The console version of PlayerUnknown's BattleGrounds received the latest Patch 14.1 Update, bringing in changes, improvements, and fixes to the battle royale shooting game.

The said patch update will add an ability for players that they can use to save a survivor, as well as tweaks in several aspects in Taego, and other additions to other in-game elements such as looting and spawning.

One of the major additions in BattleGrounds after the Patch 14.1 Update rolled out is the addition of the Carry Feature. With this feature, according to Cyberockk, players can now pick and carry any of their enemies that are down to safety.

In the parallel universe, there is the darker side of the #FBR characters. Are you ready to become one with the dark for this Halloween? pic.twitter.com/HddKH00TwH

The said feature is available to all of the maps in the game, and they can carry a friend, or even a foe, that is not currently doing self-revival or being revived by someone.

While carrying, players will not be able to use a Panzerfaust, any melee weapons, throwables such as Jerry Cans and Gas cans, emergency pickups, healing items, and emergency parachutes, but they can fire their weapons from the hip only.

They will not also to be able to crouch, go prone, sprint, jump, or hurdle, but their movement speed will remain the same. However, they need to still be careful while carrying a player as they, as well as the one they carry, will still take damage from gunfire or explosives.

As for players that are being carried by the other, their field of vision will be limited to the direction they are facing, as well as they cannot be joined inside a vehicle.

When the said carrier is swimming, the said function will stop, forcing the player to drop what they are carrying. Those that are carried, but later dropped in a body of water, on the other hand, will later sink to the bottom

The said patch update also brings in changes to Taego, which was recently introduced in BattleGrounds. According to mp1st.com, the update added a cover to the mountain area, which is north of the Palace, and the river area, which is east of the Terminal.

Aside from these changes, the patch update also add in the Error Space, a feature that is only exclusive to Taego, which allows players to gather map-exclusive weapons and supplies that will be spawned randomly within those zones.

These said zones are displayed randomly on the minimap, and they will be active until the end of the match.

Players can now set a number of Error Spaces within the map, as well as its spawning probability, during a Custom match.

The Patch 14.1 Update of BattleGround's console version added the Breakable Pots, which will carry various items that players may use. These pots, according to Dual Shockers, are placed across the map during a Normal, Ranked, and Custom Match.

The patch update also tweaked the several places in Pochinki, as well as it added Halloween-based decorations in School, Hospital, and the Starting Island areas, as well as the in-game weather will be themed after said holiday.