'Destiny 2' Jurassic Green Pulse Rifle Guide: Where to Find + What God Rolls to Look For 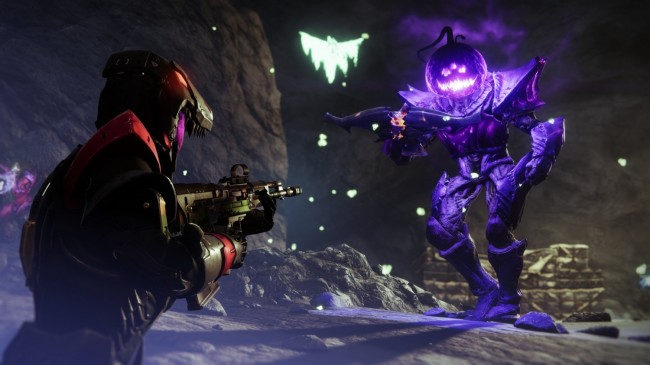 Destiny 2's Season of the Lost have been giving its players a lot of weapons that they need to use in order to progress the game, and its Halloween-themed event, Festival of the Lost, will not be different as they will experience weapon drops in its duration.

One of the weapons that will be dropped in the said event, and players need to have, is the Jurassic Green pulse rifle, which according to Attack on Fanboy, is perfect for this year's Festival of the Lost, where every class in the game will dress up as dinosaurs.

How to Get the Jurassic Green

In order to get the Jurassic Green pulse rifle, according GamesRadar, players must first accomplish the "Gone but Not Forgotten" quest.

To start with this quest, they must first pick it up from Eva Levante, a non-playable character (NPC) in the game that is in the Tower Courtyard. Once they accepted the quest, they must choose between three masquerader's cowls, each has its unique energy type.

Once they chose their cowl, they will equip it, then complete any Strike in the game. After they have completed it, they will receive several Spectral Pages, then go back to Eva in the Tower Courtyard to talk to her again.

Once they have talked to her, a Haunted Sector Playlist will be unlocked for them to access, where players need to complete in order to get the said weapon.

However, there is a small chance that the said sector will drop Jurassic Green, as players may also get either two of the following auto rifles -- Horror Story and BrayTech Werewolf.

One way to increase the odds in getting the pulse rifle is to farm for more Spectral Pages, which can be possible by defeating more Headless Ones.

Once they completed a Haunted Sector Playlist, they will go back to Eva once again to talk to her. Afterwards, the game will point them to a book that is right next to her.

They will need to buy at least one page of the book with the Spectral Pages, then go back to Eva to talk to her one last time before earning their own Jurassic Green pulse rifle.

Once they got the Jurassic Green pulse rifle, they would notice that its barrel, ammunition rounds, and perks are randomized. However, players can come up with their God Rolls that can be used to unleash the weapon's full potential, depending on their desired situation.

For players who want to use the weapon in player-versus-environment (PvE), according to Sportskeeda, they can go with either Corkscrew Rifling and Armor Piercing Rounds for its Barrel and Magazine slots. They can also use Smallbore and Appended Mag on said slots.

As for perks, they can choose Subsistence, which can make the weapon partially reloads its own ammunition after a kill, and pair it with Adrenaline Junkie, which it can deal bonus damage after a kill from a grenade.

They can also use the Heating Up perk, which will help with the weapon's recoil after a kill, as well as Multikill Clip, which can massively increase its damage output for reloading after they rapidly kill an enemy.

Dragonfly can also be a good option as it can clear out clusters of enemies thanks to its elemental explosions.

For player-versus-player (PvP) situations, they can equip Arrowhead Brake and Ricochet Rounds in both of its Barrel and Ammunition slots, respectfully.

As for perks, aside from Multikill Clip, they can also equip it with either Rangefinder, which will help the weapon perform better in medium-to-long range fights, or Killing Wind, which adds more range and handling, as well as more player Mobility.