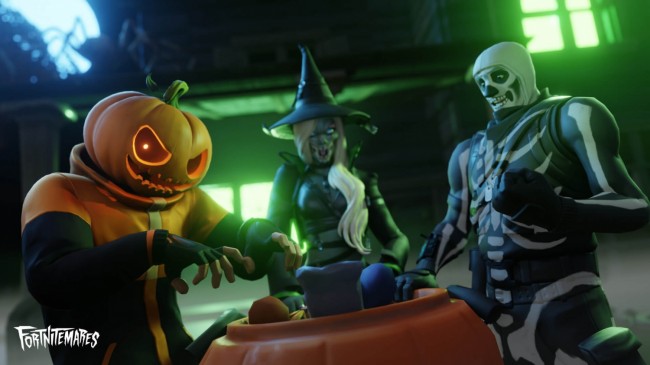 The Halloween season has come to the island as Fortnite brings back their Fortnitemares event, but this time, the said event will bigger than last year as it will deliver even more new additional in-game content, as well as items that are up for grabs for the players of the battle royale shooting game.

For this year, they will get their hands on Halloween-themed Character skins, as well as new skins that are products of a collaboration between the game and other successful franchises, as well as the American visual artist, Kaws.

The Kaws Skeleton Character Skins, according to Gamespot, will feature his signature skull-and-crossbones design with dead eyes attached with a skeletal full-body, which is usually seen in his works, including sculptures and street installments, as well as toys, paintings, and skateboard decks. They are available in orange, green, pink, and bone-color Styles.

Build all day, defend all night.

Find the KAWS Skeleton Outfit in the Item Shop! pic.twitter.com/OytMJOiQz7

The said skins are not the only new character skins that will be released during the Fortnitemares event. According to Polygon, the said Halloween-exclusive event will also bring in other costumes that are themed to the said season, including unique pumpkin costumes.

Aside from the skins, Halloween-themed items like pickaxes, weapon skins, backpacks, and gliders are also available throughout the event.

The aforementioned Character Skins were the offerings that Fortnitemares will offer for its Week 2. Last week, the character skin designed after the Frankenstein's Monster was available in the game's Item Shop, as well as the Curdle Scream Leader and the Skeletara Character Skins.

The skin designed after Rick Grimes, the protagonist of The Walking Dead, was also available for Fornite players. Grimes is the third character from the post-apocalyptic zombie series that will appear in the game, as Daryl Dixon and Michonne appeared in Fortnite during its Chapter 2 Season 5.

Aside from the skins, the Fortnitemares event also bring in other treats for the Fortnite players. According to a post in the game's website, the Cube, which became a focal point of Season 8, had decided to mobilize their next step of its plan. However, a new weapon from The Sideways will might stop them.

Players must complete quests, as well as limited time missions, in order to gain rewards, including XP that might unlock the Tiers in their Battle Pass to receive more rewards, and the Dual Fiend Hunters dual crossbow guns.

A new point of interest (POI) will might include in the game in the form of the Pyramids, which according to Sportskeeda, will might be included alongside the release of character skin that will be designed after The Mummy.