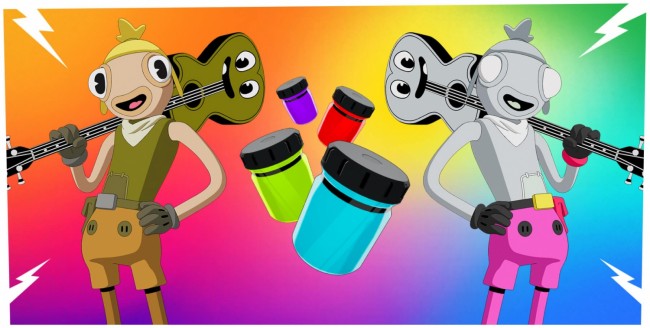 The new Season 8 has entered Fortnite for its Chapter 2, and with a new season comes to additional content for players to see and experience. One of the said additions was in the form of a new character skin, the Toona Fish.

And much like Kymera, who needs the Alien Artifacts that can be collected to unlock his customizable options, players need to collect Color Bottles for the Toona Fish in order to unlock the colors players can use to customize the said character skin.

This map shows ALL locations for Toona Fish Bottles! #Fortnite

How to Unlock Toona Fish

As mentioned earlier, Toona Fish debuted during the launch of Fortnite's Chapter 2 - Season 8. According to Dot Esports, it was released alongside Charlotte, Fabio Sparklemane, J.B. Chimpanksi, Kor, Torin, and Marvel's Carnage.

To unlock it, according to Eurogamer, players must first purchase the Season 8 Battle Pass, then they need to either reach its Level 2 to ensure that they have enough Battle Stars that they can use to buy the said skin, or purchase its additional 25 Levels. The skin will cost them 9 Battle Stars, so it is a better idea to unlock it first.

Where to Get the Color Bottles

To unlock Brite Purple, players need to collect the bottles that are in Retail row, while the bottle to unlock Mesmerizing Violet are in the wreckage is in the south of Believer Beach, the bottles for the Robotic Grey are in Destroyed Dish, and the ones for Stone Grey are in Mount F8.

How to Get the Rainbow Inks

The Rainbow Inks, according to PC Gamer, are the "currency" that players need to collect in order to spent them for unlocking individual color styles that are based on previous Fortnite characters or character skins. Each of these color styles will cost 10 Rainbow Inks.

In order to get these inks, players can look for loot chests that are scattered across the map. The crates, including regular ones and cosmic chests, might contain Rainbow Inks, and can only found in Duos, Trios, and Squad matches.

If players unlocked the Color Bottles that has the colors corresponding to a specific color style, they can use it for their Toona Fish.