'PUBG New State' Guide: Release Date, How to Pre-register, Where to Download, and More 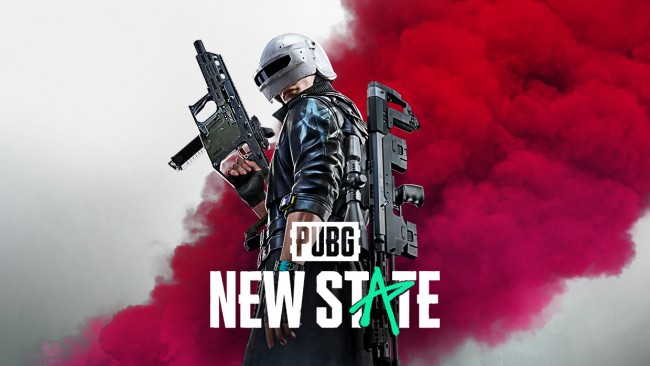 After a successful alpha test, Krafton is all set for the launch of PUBG: New State, the sequel of PUBG Mobile, the smartphone version of PlayerUnknown's Battleground.

To prepare for this, the publishers of the game open the doors for its pre-regitration to players who want to experience first-hand the futuristic take to the multiplayer online battle royale game.

In PUBG: New State, according to Pinkvilla, players will experience its futuristic gameplay, as the game is set in the year 2051.

See how your favorite weapon fares as we compare recoil and spray performances of some of the guns that are available when used in different shooting positions.

With that fact alone, they will expect that they will be handling futuristic weapons and vehicles, including flying objects such as drones, while traveling in a vast 8x8 map that was filled with modern architecture.

All of these, according to BGR, will be made graphically possible with the help of the Global Illumination Techninology, which Krafton and PUBG Studios, the developers of the battle royale game, will use in order to enhance the graphics and visual effects, as well as more realistic gunplay.

PUBG: New State is accessible for players who reside in Turkey and Egypt, as well as one of the countries in the Middle East such as Bahrain, Iraq, Jordan, Kuwait, Lebanon, Oman, Qatar, United Arab Emirates, and Yemen.

It will be also available for players that are in Asian countries such as Cambodia, Chinese Taipei, Hong Kong and Macau SAR, Indonesia, Japan, Laos, Maldives, Malaysia, Myanmar, Nepal, the Philippines, Singapore, South Korea, Sri Lanka, and Thailand.

PUBG: New Order is said to be fully released on Android and iOS smartphones on October 31st, however the publishers did not have any official announcements regarding when will the game roll out as of this writing.

How to Participate in the Beta Test

As mentioned earlier, pre-registration for PUBG: New State is now open. In order to participate, players must go first to the game's official website, and click the "Pre-Registration" button.

Once they are logged in, they will fill in a survey that Krafton will be given to them. Once they accomplished the said survey, they are now pre-registered, have the right to be first notified if the game is now available to play.

Or, if they want to test it out in their smartphones, they will download the game's .apk and .obb files from the internet.

To do this, according to Hindustani Times, they must download the said files from an online storage website, where they are stored. They need to open the said link in a desktop browser first before download it in their smartphones.

Once they are downloaded, they will tap the .apk file first, which will download the game directly. Before this, they need to allow their smartphones to install apps from unknown sources.

Next, they will go to the Android folder in their Phone storage, and find the "obb" folder. Once they located it, they will open it to search for the "com.pubg.newstate.beta" folder, then paste the .obb expansion file. In case that the folder is missing, they can create one instead.

Once they finished the said process, they can delete the downloaded files in order to save space on their Phone storage before they start playing the game.

Players who want to play the game keep in mind that in playing PUBG: New State, it requires the Android smartphones that run Android 6.0 or higher, or iOS 13.0 or higher for iOS users, and at least 2GB worth of RAM.

Also, downloading games from the internet instead from app stores can be dangerous as it may resault in loss of data, privacy, and security.