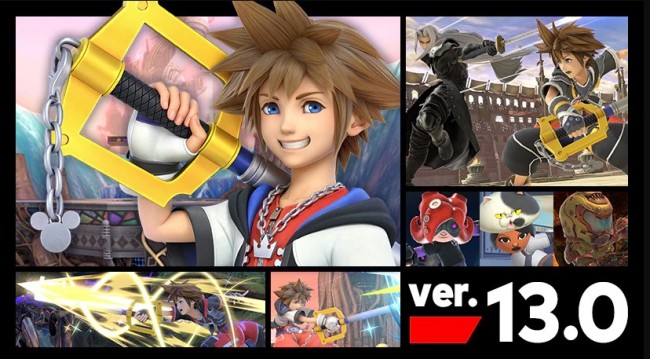 Super Smash Bros. Ultimate will receive its latest Patch 13.0.0 Update, bringing in the long-awaited arrival of Sora from the Kingdom Hearts series to the fighting game.

Aside from his addition to the roster, along with other in-game additions that will be included in the game's Shop, several characters will receive balance changes. Several of them will receive buffs, while other will get nerfed by the said patch update.

According to the patch notes that was posted in Dot Esports, Jigglypuff, which is notorious for its Rest ability, has a reduced vulnerability in its Neutral Attack 2, Back Air Attack, and Downward Throw.

Its Back Air Attack also has a reduced vulnerability when landing, while its Downward Throw has a shortened launch distance.

The amount of time his Side Special's hit detection lasts, as well as the speed that the Super Armor activates when he used his Down Special on the ground, was also increased.

Lucario's Dash Attack has an extended duration of its high-damage part, and an increased high-damage range. The launch distance of its Side Tilt Attack's second attack was extended, and the attack speed of its Down Tilt Attack was increased.

The said update changed their Down Smash Attack in order to make Luma appear in front of Rosalina when using it, while their Side Special will make the star-like creature follow the player when using it in the air.

The duration of an opponent's animation when they are struck by Little Mac's Up Tilt Attack was extended, and the power of his Side Smash Attack against shield when using it with the down button input was increased.

The time between the slamming or dragging animations and when another jump can be input during Ridley's Side Special was shortened.

The power and the launch distance of both of Incineroar's Down Smash and Up Air attacks, according to Gamepur, was increased, while the attack power of its Up Special, as well as its maintained launch distance for the high-damage window when descending, was also increased.

Isabelle's vulnerability while performing her Down Tilt Attack was reduced, while the duration of the high-damage part of her Side Smash Attack was extended.

King K. Rool's Up Tilt Attack has its power and launch distance increased, while the amount of time his Side Smash Attack's hit detection lasts, as well as the range at the start of the said attack, was also increased.

His vulnerability while executing his Forward Air Attack was reduced, while the launch distance of its Up Throw was extended. The downtime after the Final Smashes of both Joker and Hero were shortened.

Thanks to the said update, according to Nintendo Enthusiast, several spirits from the Kingdom Hearts series will appear in the aforementioned in-game Shop on the Vault's menu.

This includes the spirits of Riku, Kairi, Roxas, Axel, Xion, Terra, Ventus, and Aqua. On the other hand, the Razewing Ratha will also appear in the Shop, as well as the Spirit Board.

Meanwhile, the Sora Challenger Pack downloadable content (DLC) will now be usable after purchasing, along with the Judd Hat, the Octoling Wig, and the Doom Slayer Helmet and Armor for the Mii Fighters.