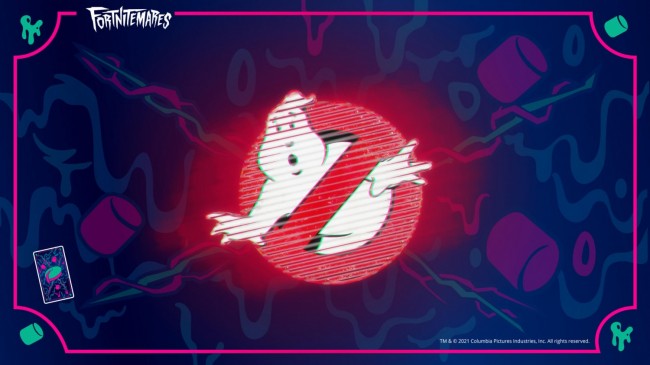 The said quest line will let them become part of the classic ghost hunter team and travel across the map to locate several items ranging from seismographs to ghost traps to Mini-Pufts, smaller entities of the Gozer the Gozerian's Stay Puft Marshmallow Man manifestation.

Where to Locate, and Deploy, the Seismographs

There are six tasks under the Ghostbusters Punchcard, most of which requires players to locate for something. Two of which lets them to deploy two items - the Seismograph and the Ghost Trap.

To begin the search, according to PC Gamer, they must first speak to the Containment Specialist, a non-playable character (NPC) that is wearing a Ghostbusters jumpsuit, inside a barn in the Cape cod, which is south of the Catty Corner.

Afterwards, they will go to either Misty Meadows or Catty Corner to locate those seismographs. These two locations, according to Gamespot, has three spots to go and accomplish this task.

In the Misty Meadows, players will go first to a marker where the seismograph is located in the eastern square next to a water fountain, which is located at the end of the road in the west.

Next, they will go beside a covered patio, which is on the west side of the bridge, where the second seismograph is located, then for the third location, they will go to a small dock north of the said bridge.

In the Catty Corner, they must go to the auto body shop, where the first seismograph is in the backdoor, then for the second location, they will go the Reboot Van where they will see the spot for the said seismograph right next to it.

For the third location, they will go to the north until they stumble upon said location for the seismograph in front of both the Bounty Board and the Airstream Trailer.

Once they are in the aforementioned area, they must communicate with the floating blue-colored outlined item, then after that, the seismograph will be placed in the said area immediately.

Where to Find the Mini-Pufts

After they locate the seismographs, they must locate the Mini-Pufts that are scattered across several locations in the island, and exterminate three of them using the Pickaxe.

According to GameRant, there three locations for players to go in order to find those critters - in Sludgy Swamp, in Lazy Lake, and in Retail Row. They can go one of these three to accomplish said task.

In Sludgy Swamp, players will go to a small brick structure in the vicinity of two larger factory building in the area. From there, they will go inside said structure and go near the tanks, where they will see the Mini-Pufts.

In Lazy Lake, they will go to a large house with a pool at the area's southeastern corner. From there, they will see the Mini-Pufts frolicking in and around the grill and sinks, which is outside with the said pool.

In Retail Row, players will go to McGuffin's Bookstore, which is located on the eastside right next to the diner. Once they are inside of the structure, they will see a number of Mini-Pufts that gathering near the cash register.

Where to Locate the Ghost Traps

According to vg247.com, there are 11 locations where players need to go, but for convenience, they will go to one location - in Pleasant Park, where it has 3 spots. They must to go, and communicate, one of these three spots to complete the task.

In Pleasant Park, according to Gamespot, they will go first to the two-storey yellow house along the western road, where the spot for the ghost trap is located in front of it.

Then, they will go to another yellow house, which is near the gas station, where the spot is in front of its basement door.

For the third location, they will go to a white house, which is in the center north of the area, where the spot is at the back door.