'Battlefield 2042' Newly-Added Specialists Guide: What Abilities, Weapons That They Have and More 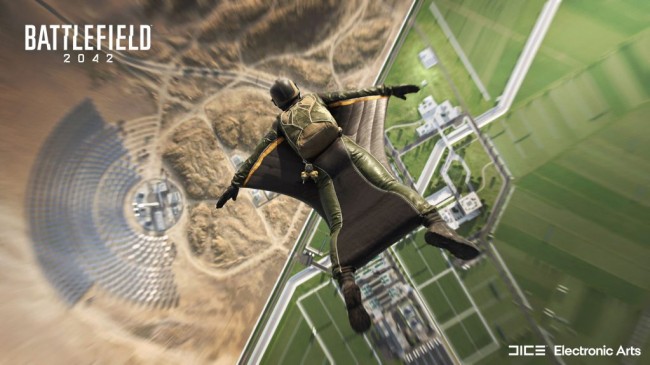 Electronic Arts' DICE has released more information regarding Battlefield 2042 in preparation for its November 19th launch.

This includes the addition of five new Specialists, which will be included with five other ones who were introduced earlier, completing the initially planned roster of ten characters.

The said Specialists, who became replacements to the usual character classes that the shooting game practiced in their earlier titles, were revealed during its Open Beta Tests.

ICYMI: We reflect on what we learned from #Battlefield 2042 Open Beta and introduced the final five Specialists!
👉https://t.co/4JQXz5eq2w pic.twitter.com/99vynWqSPR

Navin Rao, one of the new additional specialists, is a former member of the Indian Special Forces whose knowledge with electronics and engineering became an advantage to him as a Recon soldier.

His Cyber Warfare Suite, according to a post in Electronic Arts' website, will scramble any enemy vehicle systems, as well as disable any Rangers within the vicinity. It can also trigger base defenses from a distance.

Its Trojan Network, on the other hand, enables him to hack into enemy systems to gather valuable intel.

Santiago "Dozer" Espinosa, a Mexican assault specialist, uses his SOB-8 Ballistic Shield both as a shield from incoming fire, as well as a battering ram for closing the gap on the enemies.

His Blast Resistant trait, according to VGR, will reduce the damage he receives from explosions while helping him recover faster.

Another assault specialist, Emma "Sundance" Rosier is the third Specialist that will be included in Battlefield 2042.

With her Wingsuit Operator trait, she can deploy a Wingsuit instead of a parachute while traversing through the air. This ability was seen in the game's pre-release trailers.

Her Smart Explosives will make her switch between explosives ranging from anti-armor ones to EMPs to scatter grenades, making her more versatile to different situations.

Another Recon in the game's roster, Ji-Soo Paik is a former Korean Special Operations Forces member whose EMG-X Scanner, according to The Toys Matrix, reveals enemies in cover, even through walls, and can spot anyone who damaged her. This ability will make her a walking wall hack.

Her Threat Perception will make her triangulate an opponent and will return fire even when taking damage.

The last addition to Battlefield 2042, and completing its roster, is the Romanian Support Specialist, Constantin "Angel" Anghel. His Trauma Specialist trait can revive any fallen ally with their bonus armor and health filled, making him a reliable character to any team he is in.

Aside from that, his Loadout Crate will provide his team the armor and ammo that they need, while calling out a beacon that allows him to swap loadouts.

These five new Specialists can now be playable in Battlefield 2042 once it is rolled out on November 19th on PC, Xbox One, Xbox Series X|S, PlayStation 4, and PlayStation 5.

Aside from the new Specialists, several changes will be seen thanks to the feedback from the participants of the recent Open Beta Test.

This include the increased number of tanks, an additional nearby grenade indicator, and an ability toggle the map.

Other changes include the compass will remain active while aiming down sights, kill logs becoming more readable with highlighted texts, improved colorblind settings, and the ability for console players to engage in chat.