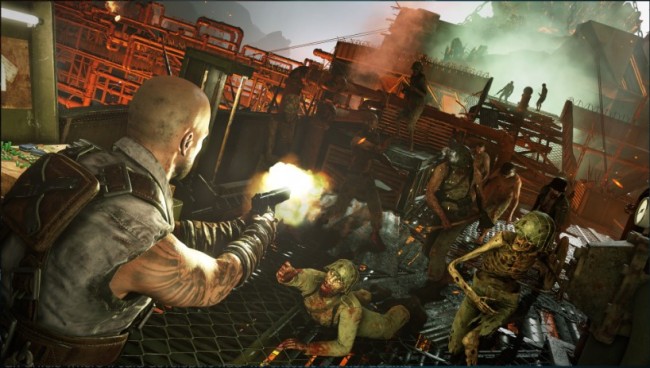 Zombie Army 4: Dead War received its downloadable update, bringing in new additional content to the third-person shooting game, including new items for players to have, as well as a new "Hell's Cauldron" Horde map.

One of the major additions from the said update for Zombie Army 4: Dead War is the ability for players to Cross-Play.

Descend into the depths of 🔥 Hell’s Cauldron 🔥 the FREE Horde map, now available on PS4|PS5. Better yet, cross-play slaying is now supported between @PlayStation & PC platforms.

According to Push Square, players of the game's PlayStation 4 version, as well as the PlayStation 5 version via backwards compatibility, can play it with other players on PC, and vice versa.

According to a post in the game's website, while planning for the said implementation, there were problems that Rebellion Developments, the developers of the game, have encountered, considering the fact that the console versions of the game are not developed with said function in mind.

In order to work on the Cross-Play capability of the game, they brought in an additional Quality Assurance team to focus on implementing several elements to make this function work, including voice and text chat, which will be functionable in its multiplayer lobbies.

Aside for PlayStation 4, PlayStation 5, and PC, the said Cross-Play function will might also be available in its versions for Xbox One and Xbox Series X|S.

Aside from the added Cross-Play feature, the DLC Update for Zombie Army 4: Dead War will also bring in new added items in the game.

One of said additional content is the Strange Brigade Headgear Pack, which according to The Xbox Hub, will be a collaborative effort between the game and the Strange Brigade, also a third-person shooting game that was also developed by Rebellion Developments.

According to mp1st.com, the said headgear pack includes the Mummy Head Mask, the Bull Mask, the Assassin's Death Mask, and the Seteki Headdress.

Also available is the Occult Karl Outfit set, which was described to have occult symbols glowing in Karl's pale skin, as well as hollow eyes glimmering with light. Aside from the said outfit, the set also has two hats for the character - the Occult Officier's Cap and the Steel Skull Mask.

The Blowtorch Weapon Bundle will also be available in the game, and it will contain a Blowtorch, the Dragon Egg and the Cracked Pressure Gauge Charms, and the Painted like a Dragon and the Brass weapon skins.

Players can also apply bandages in weapons such as the Gewehr 43, the M1 Garand, the Mosin-Nagant M91/30, and the M30 Drilling semi-automatic rifles, as well as the MP44 assault rifle, the Thompson submachine gun, the Trench Gun, the C96 and the M1911 pistols, and the Webley MKVI revolver thanks to the Bandages Weapon Skin.

Finally, players can get their hands in the Tarot Charm Pack, which has The Emperor, The Hermit, The Tower, and the Judgement Charms.