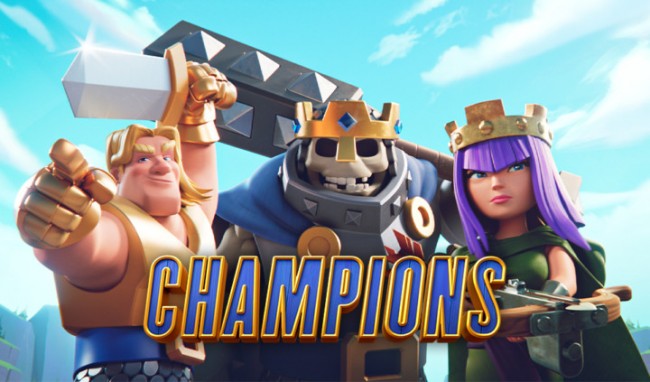 Clash Royale received its newest Champions Update just days after its Shocktober Update. The said update has brought in new additions to the multiplayer online strategy game for Smartphones.

This includes several tweaks to its gameplay, including a brand-new level, as well as changes in costs for card upgrades, new rarities for Champions, and other changes. The update also fixed several bugs and issues that might affect the game if they are not addressed.

In Clash Royale's Champions Update, the brand new Champions rarity will be added. According to GameRevolution.com, this will be the next step up in rarity of the game's cards, which before the said update, has four rarities, namely Common, Rare, Epic, and Legendary.

In order for players to have the experience of having one, four of its Troop Cards will be released in the game under that said rarity - the Archer Queen, the Golden Knight, and the Skeleton King.

With their release, however, they will have a limitation - players must have only one Champion Troop Card in their deck.

In order to unlock these cards, they must be Level 11, hence they need to grind in the game in order to obtain it.

On the other hand, every card rarity in the game from Levels 10 to 13, according to The West News, will now have lower upgrading costs. Now, Common Cards will have less 500 to upgrade it from Level 11 to Level 12 and less 2000 for upgrading from Level 12 to Level 13.

During said upgrades, players will be awarded Cards that they have spent on previous upgrades for Level 11 (for only Epic Cards), Level 12, and Level 13 Cards.

Other changes and additions that the Champions Update brought for Clash Royale, according to Dual Shockers, include a Gold Rush mode, where players can earn up to 200,000 gold from Battles, depending on their Arena level, and Gold Crates will be unlocked from KL 10.

Royal Wild Chests will be added, which will contain Wild Cards, Gold, and a guaranteed Champion Card, as well as a Level Up chest will be rewarded for those who upgraded their King.

Also, the Tournament Cap in Clash Royale was increased to 11, while players are now able to use all of the cards in the game, even those that players did not unlocked yet, to build their decks for Global Tournaments, as well as both Classic and Grand Challenges.

Finally, the update gave them the ability to rearrange the order of their cards by holding down and moving them around, as well as the ability to copy their opponents decks directly from their battle log and TV Royale.

READ ALSO: 'PUBG New State' Guide: Release Date, How to Pre-register, Where to Download, and More

TAG Clash Royale
© 2020 Game & Guide All rights reserved. Do not reproduce without permission.