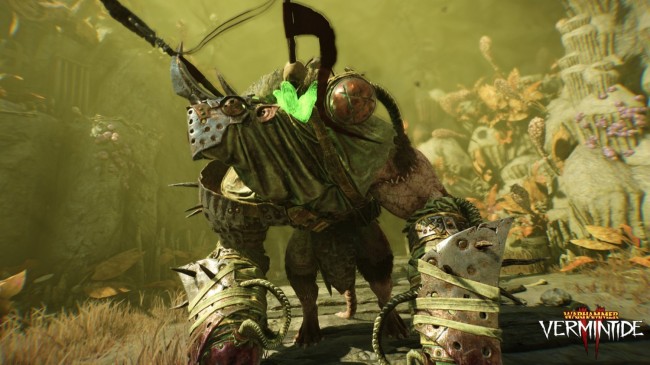 The Halloween season has come to Warhammer: Verminitide II, as the first-person action game will have its seasonal "Grudge Marks and Geheimnisnacht" Update. The said update will bring in new features and other in game additions.

Aside from that, it will have in-game changes, especially for its User Interface and Quality of Life, as well as fixes to several of its issues.

The Grudge Marks will Remain

One of the biggest additions in Warhammer: Vermintide II thanks to its Halloween update is Grudge Mark Update for its Chaos Wastes, which was first released before Summer.

Starting tomorrow, Vermintide 2 players are in for a sinister trick, and a few treats… 🎃

According to a post in the game's Steam page, in the Chaos Wastes, players will start out with a low power level, and they will be more powerful as they progress.

With the said update, players will have a hard time fighting enemies within the dungeon that are Grudged Marked, which can be recognized by the spears poking through their backs, as they will receive random set of attributes that can modify their offensive and defensive attributes.

These attributes, which will be 10 in total, will be applied depending on the difficulty, and they can have a minimum amount of 0 attributes and a maximum of 3.

Players who are travelling in the Chaos Wastes will face these monsters at the end of their expedition in arenas, and they will also spawn from Cursed Shrines.

Aside from these monsters, Okri will provide players challenges that they need to accomplish in order to receive rewards.

Each of the player's career will have a new set of challenges that will reward them with a new character skin color variation once they completed them.

A total of 60 new challenges, as well as 15 new character skin color variations to unlock, are up for grabs, which they can track in Okri's Book, which is located within the keep.

Aside from that, new Premium cosmetics, including hats and skins, will be available in Lohner's Emporium of Wonders, which include those that are for careers such as the Huntsman, the Handmaiden, the Slayer, the Battle Wizard, and the Zealot.

Aside from Grudge Mark Update for its Chaos Wastes, the Halloween Update for Warhammer: Vermintide II also comes with the Patch 4.4.2 Update, which changes several aspects in the game, as well as it fixed several issues.

According to Alt Char, the said patch update expanded the in-game Tab menu in order to present more information about their current run, including party loadouts, mission modifiers, and more.

It also added a Steam Rich Presence so they can easily spot other players, as well as the difficulty they are playing , and which missions their Steam Friends are taking.

They can also open multiple item chests at once, as well as their rewards from non-gameplay sources, including downloadable content (DLCs), will be batched into one pop up.

Also, according to The Nerd Stash, the update fixed an issue where button prompts may not appear for the "voters" during the vote kick process, as well as an issue where the health bar for Trolls will not show correct amount of health left for clients, and numerous hard-to-specify crashes, and other issues.