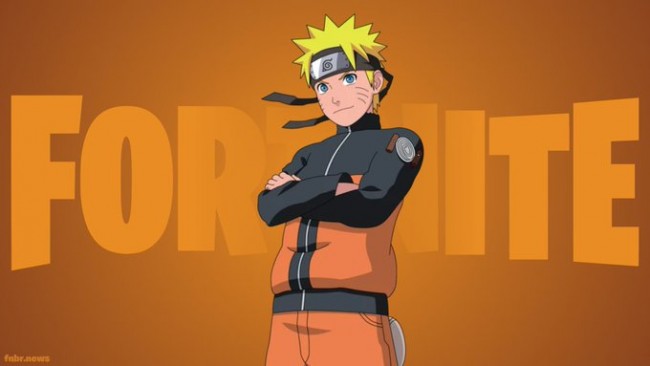 Several Fortnite leakers revealed additional details regarding the possible collaboration of the battle royale shooting game with the Naruto series, and after it was revealed first in a set of legal documents, fans might believe that Uzumaki Naruto might appear sooner.

The said leaks include information such as a release date for the possible Character Skins, as well as several in-game items that are themed after the elements that appeared in the series.

Players need to keep in mind that these leaks are not yet confirmed yet, and they need to treat them with a grain of salt while waiting for announcements regarding them.

Since a lot of people keep asking me.. Fortnite x Naruto is happening next month, I PROMISE you. I'm just as hyped as much as you are but we have to wait a little bit more lol

What Players Could Expect

The said leaker, according to Heavy, first "announced" in a Twitter post that the collaboration between Fortnite and Naruto will might possibly happen within next month, but it did not further reveal the specific date. This was after several of the players have asked it in the social networking side.

Before the said leaks, the said collaboration was first seen in several documents used in a legal dispute between Epic Games, the developers of Fortnite, and Apple last August 2020. This included a possible Character Skin designed after the series protagonist.

While the court debacle between the two companies was going on at that time, an r/FortniteLeaks Reddit subpost revealed that the former had acquired the rights of Naruto's intellectual property, meaning that they have the right to use its elements, including the characters themselves.

The said Character Skin is also revealed when several dataminers dig deep through the game's data following Fortinite's Patch 18.30 Update. According to Fortnite Tracker, a "Headband" ID was seen, believed to be related with a Naruto­­-related Skin.

This was followed by the tags "HeadbandS" and "HeadbandK," possibly a hint revealing that a potential Uchiha Sasuka and Hatake Kakashi Outfits might be included in the game, though based on the said tags, it might be designed after their appearances in Naruto only, and not in Naruto Shippuden.

Aside from the possible Skins, the same leaker also revealed possible items, which are based after several elements in the Naruto series.

According to VGR, it leaked in a separate Tweet that the explosive kunai, a staple weapon for the ninja in the Naruto universe, and often used by Naruto himself, was said to be included in the game's data.

In the said Tweet, it was hinted that the weapon itself will be Mythic, and has a recharge cooldown of 4 seconds. It also has a maximum range of 300 meters, a 1.5 second delay between shots, a .15 second hold duration.

These stats might be fitting for the weapon, as it might be as swift as that of its anime counterpart once it rolls out in the game.

Another element that was revealed to be included in the game is Uzumaki Naruto's favorite food, a bowl of Ramen, especially the one made in Ramen Ichiraku.

According to Fortnite Tracker, the said food will be included in the game's Creative Mode as a Creative Coin, which according to a Tweet from another leaker, it was said to be rolled out during the Patch 18.30 Update, along with a Ninja Scroll. This might indicate that a Creative minigame involving Naruto might happen.

Finally, several leakers also revealed that a Naruto non-playable character (NPC) might possibly roaming around the game's map, although that they did not disclose who.

As of this writing, Epic Games did not post anything regarding the possible Fortnite-Naruto collaboration, as they are busy regarding the remaining days of the game's Fortnitemares event.