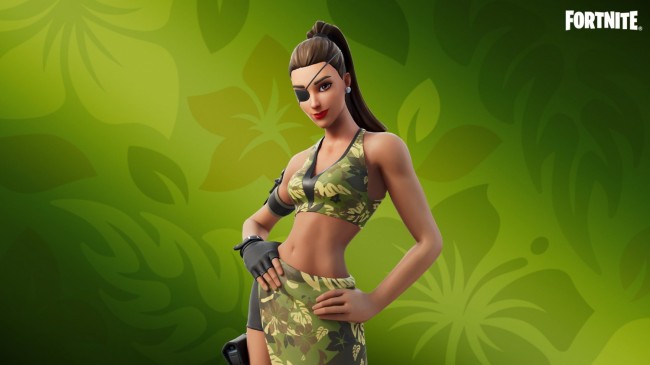 The leakers of the shooting game posted on social media what they have heard to be new additional content for the rumored season, which includes a possible crossover and new character skins, while others teased that there is something that is returning for Chapter 8.

Player need to keep in mind that in regards of these leaked information, they should treat it with a pinch of salt as these rumors might change in the coming days or confirmed if it is true or not.

According to leaks found by HYPEX, there will be an upcoming #Fortnite x #AmongUs Collaboration. pic.twitter.com/7rRiewnwdY

The Leaks are "Among Us"

One of the said leaks was pointing to a possible crossover between Fortnite and the multiplayers online social deduction game, Among Us. According to Give Me Sport, a tweet from Fortnite leaker HYPEX has confirmed the collaboration project between the two games.

READ MORE: 'Fortnite' New Street Fighter Skins: How to Get, Release Date, and Everything to Expect

According to the leaker, several references to Among Us were seen in the Fortnite's game codes, with words and phrases were said to be stating the obvious of what they were referencing.

The said tweet pointed out the additional game mechanic regarding the rumored crossover -- there are files called "Moles," which according to the leaker, it was referencing to the term "Imposters," the key elements of Among Us' gameplay.

The tweet also revealed several keywords regarding this - Electrical, Cafeteria, Tasks, Sabotage, Factory, Repair, Lab, Visitor CSI, Weapons Lab, Island Monitoring, Security, and The Loop. HYPEX also added that the inclusion of Visitor CSI and The Loop in the game code might referring to the Imagined Order (IO)'s base of operations.

Neither Epic Games nor Innersloth, the developers of Among Us, could confirm if these rumors are true or not, however Fortnite introduced an Among Us-esque game mode in the past in the form of "The Spy Within," were teams need to determine the spy that was sent from the opposing team.

From Konoha to Fornite

Another addition to Fortnite that was pointed out by the leaks was another collaboration, this time with the Naruto anime series. According to Dual Shockers, the said rumors were first circulated during the court debacle between Epic Games and Apple as a possible Uzumaki Naruto skin were mentioned in a court document.

The said document also revealed any possible collaborations for the shooting game, including those that were confirmed and already released such as the LeBron James Character Skin and the recent appearance of Ariana Grande in "The Rift Tour" last weekend.

After the said documents was revealed, several leaks were surfaced, including a r/FortniteLeaks Reddit subpost, where it confirmed that Epic Gamed have acquired the rights to use Uzumaki Naruto in Fortnite.

This rumor might also confirm that players might obtain an Uzumaki Naruto Character skin in the future seasons of the game, including the rumored Season 2 - Chapter 8.

According to Sportskeeda, in a Twitter post from another Fortnite leaker, they cannot personally confirm if the said rumor circulating around the social media were true said leak might be a "hit or miss" one considering that recently, the leaks regarding the aforementioned "The Rift Tour" were accurately confirmed.

Much like the rumored Among Us collaboration, Epic Games did not also confirmed that the rumors regarding their continuing pursuit to transport Konoha's gennin-turned-hokage protagonist into Fortnite were true.

Meanwhile, Dexerto reported that Donald Mustard, Fortnite's chief creative officer, indirectly teased the return of Kevin the Cube from Chapter 1 - Season 5 after tweeting the phrase, "They see me rollin' pt. 2."

The said tweet, although not explicitly referred to the floating geometric organism, were part of the lyrics from "Ridin'" by Chamillionaire, which is the song used as a backdrop for Kevin the Cube when travelling around the map during the said season.

The said return was also noted by the game's leakers, with some pointing its release, which supposed to be September 13, the date of the rumored Season 8 will be rolled out in Fortnite.

TAG fortnite, fortnite, Among Us, Naruto, Naruto Shippuden
© 2020 Game & Guide All rights reserved. Do not reproduce without permission.