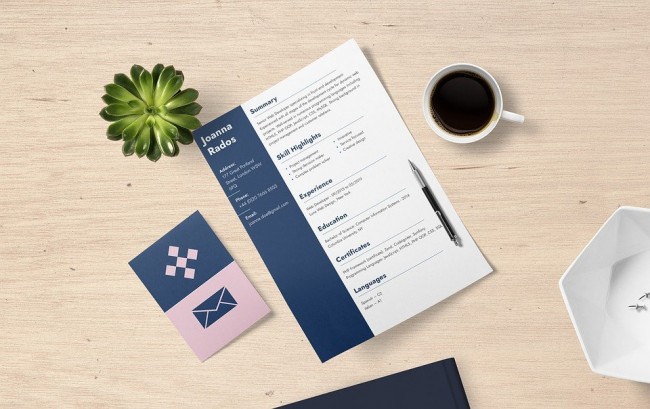 Resumes, or CVs, are the essential paperwork an individual needs to have while looking for a job. The said document contains basic information regarding the applicant, including its educational attainment, as well as past job experiences.

Those who are experienced can do their own resumes manually, and properly, however, several people, including those who are new to job-hunting, have problems in making one. Because of this, several sites have provided with either free or paid services to assist them in building their own proper resume.

One of the recommended sites for people who want to create their resumes is Resume.com, as a lot of them would search for the site, and use its features.

According to TechRadar, Resume.com has loads of already made resume templates that they can use for free.

These templates are the ones employees would always use in order to secure either a job interview or a job position, as well as they are well-crafted after researching what employers are looking for their candidates.

Considering that the company behind Resume.com also owned Indeed.com, an online job recruiting website, the former will have lots of data that they can use to generate better resume templates.

Once finished, its users can share the resume that they have created on the site to the latter in order to make their job hunting easier. They can also download it for free so that they can have a copy of their own.

Another recommended resume builder site job seekers could access to is ResumUP. According to MaddApple.com, the said site is different from other resume builder sites as it focuses more on a visually-oriented approach in creating resumes.

While accessing ResumUp, its users can design an inforgraphic, which will be different from a traditional resume, that they can submit. They can even create a resume or an interactive website with graphics. They can also create ATS and JSON resumes, which can be accessed in computers or by developers.

This is a great opportunity for them to showcase their expertise in terms of design, as well as their ability to innovate something.

They can also export information from other social networking websites such as LinkedIn if they want to create a resume faster.

While its basic features are offered for free, its Winning Resume package, which can let them download a single resume template, will cost them $6 per month.

Its Profile Pro feature, on the other hand, which enables them to access its unlimited resume creation tool, as well as customized URLs, its career planner, its skill tracker tool, and its other social networking features, will cost them $8 per month.

Another recommended site for those who want to create their resumes for their job-hunting is ResumeGenius.com. This site, according to Themeisle.com, can complete a resume within 15 minutes by answering a couple of questions, which all of its answers will eventually included in the said resume.

To start this process, its users must select first one of its 17 already available resume templates. Once they select a template, a drop-down will appear for every section of their resume, making it easier to input their information in it.

Once they are done, they can either choose from its multiple download options or share it on other online job recruitment sites like the aforementioned Indeed.com.

The site also has a job search and tracking tools, as well as a one-click export, where they can convert it to either a PDF file or a Microsoft Word-compatible file like .doc or .docx.

As for its price, ResumeGenius.com's features can cost $7.85 per month, or $1.95 for a 14-day trial. Users can choose either of the two once they are downloading their already made resume from the site.

READ ALSO: LinkedIn Data Breach June 2021 Affects Almost ALL Users: How to Know if Your Account Has Been Hacked