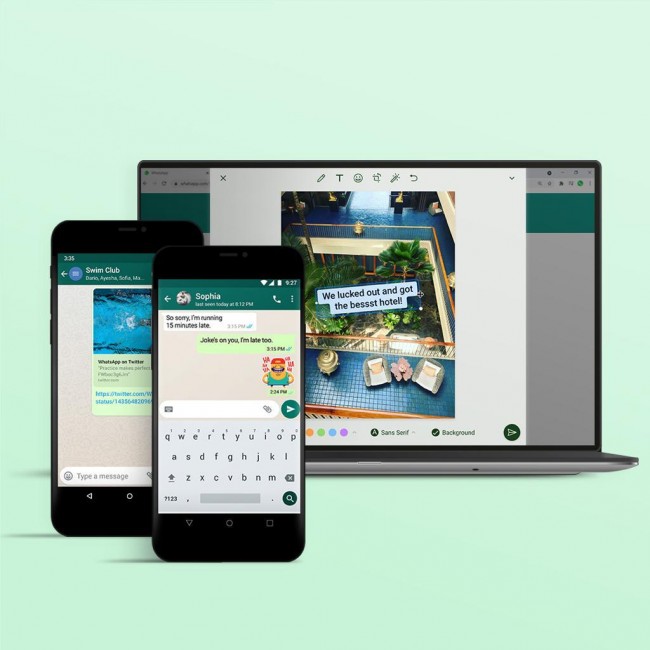 WhatsApp announced that they will be releasing three new features, per requests of its users, that could provide the "best experience" for its users, especially in expressing themselves comfortably while keeping in contact with their family and friends.

How Does These Work

One of the new features that the online messaging app will be releasing is the Desktop Photo Editor. According to India Today, the said feature will let its user to edit any images before sending them. This means that they can add texts, effects, stickers, and more in an image.

📣 ICYMI: a little fix goes a long way. We’ve made some updates to the way you chat. pic.twitter.com/i7pvkxbeCj

The Photo Editor itself for was first became exclusive to WhatsApp's mobile version, but the messaging app itself made the feature available to its PC version as well. The reason for this is to make collaborating between its users on different platforms even easier.

READ ALSO: WhatsApp's 'View Once' Feature Rolled Out for Beta Testing: How Can You Use This Feature

Before this, according to Economic Times, in order for them to edit the photos that they want to send, considering that at the time, they could not do it on WhatsUp Web, they instead go back to their smartphones, send the edited pictures there.

Another feature that will be introduced in WhatsApp is the Sticker Suggestions tool. This one will suggest stickers to its users base on the conversation they are in.

Now, the messaging app can supply a perfect sticker suggestion as they type, making them easier to search a sticker in a middle of the chat faster.

Before this, according to Indian Express, they need to waste their time to go through multiple tabs, trying to look for the perfect sticker during a conversation in WhatsApp, disrupting its flow.

With the said feature, users can now accurately express themselves with the right sticker at the right time.

Finally, WhatsApp will release Link Previews for its mobile version. With this feature, users can now see the complete link preview when they send it, while providing the receiver an even more context on what they have sent and what they are going to see or read.

Despite of these new features, the Facebook-run app said that privacy is still the focal point behind them, saying that its end-to-end encryption will still protect their searches for a sticker, as well as the links and edited photos that they are sending.

Before these three new features, the app released the View Once feature last August. The said feature will let its user to send photos that can be viewed once, and will be gone once it was viewed for a short period of time, giving them additional control to the privacy of their chat within the app.