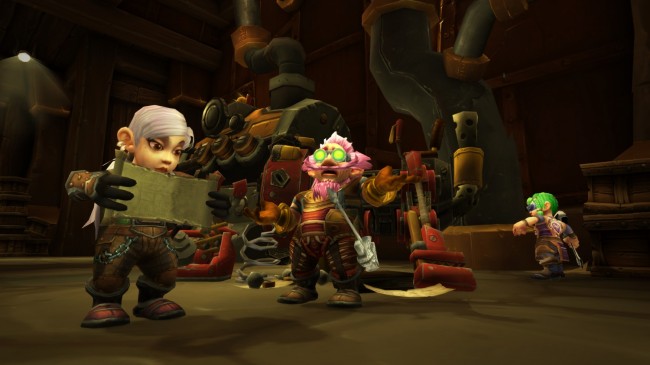 World of Warcraft: Shadowlands has received its Patch 9.1.5 Update, which brought in a series of additions and changes to the online multiplayer role-playing game.

The patch update will provide said tweaks to several of the game's elements, including achievements, art, quests, dungeons, and items, as well as its player-versus-player (PvP), user interface (UI) and accessibility, and character classes.

Time to do Some Legion Timewalking

World of Warcraft's Patch 9.1.5 Update will add in the brand-new Legion Timewalking event in the game.

Update 9.1.5 is now arriving in the #Shadowlands.

In this event, according to the patch notes posted in their website, players will enter the Mage Tower, where they will face seven different Challenges, all of which are grouped base be their specialization's role.

Each of these Challenges, which will not require them to have an Artifact, or ever originally played Legion, will focus of solo encounters, where they must survive in order to earn rewards.

This includes Legion­-themed armor sets for their classes, as well a new Achievement, a Soaring Spelltome mount for players who completed them using different characters across their Battle.net account.

A new fel variant of their Guardian Druids' "werebear" form will also be given to those players who complete The Highlord's Return challenge.

Also, the weekly bonus schedules during the event have been adjusted, and instead, they will occur ever three weeks, while defeating any of the Timewalking raid bosses will provide players credit towards several of its weekly quests.

Also, according to Attack of the Fanboy, the patch update added the Blood Furnace, the Botanica, and the Underbog will be added in the list of available dungeons in The Burning Crusade during the Legion Timewalking, as well as Azjol-Nerub, the Forge of Souls, and the Utgarde Keep in Wrath of the Lich King.

Other dungeons that were added include the Blackrock Caverns in Cataclysm, Sholomance in Mists of Pandoria, and the Grimrail Depot in Warlords of Drearnor.

Meanwhiloe, several encounters in the Legacy Raids during the event, including those for Antorus, the Burning Throne, the Tomb of Sargeras, the Nighthold, and the Trial of Valor will be adjusted in order for them to be less challenging for players.

According to DBLTap, thanks to the patch update, several of the area-of-effect (AoE) abilities of several Classes, including the Death Knight, the Demon Hunter, and the Druid Classes are no longer have its maximum target capped and will now deal reduced damage beyond five to eight targets.

Also, the patch update can allow the Hunter Class to tame Aquilons, Corspeflies, and Gromits as pets, while its Death Chakram will now increase all physical damages done by the players and their pets to the targets by 10% for ten seconds.

The Paladin Class' Vanquisher Hammer can now increase the effectiveness of a free Holy Power by 25%, while the damage effect from its Righteous Might will be increased by 400$ and its healing effect reduced by 50%.

In terms of PvP, the patch update has tweaked the Covenant Class' Fleshcraft, making it absorb up to 30% of an opponent's max Health during combat, while any of its absorb value will exceed 30% of max Health will be reduced to equal 30% of max Health.

It also made the Mage Class' Triune Ward provide 35% effectiveness on its barriers, while it made the Earth Shield from the Shaman Class' Unleash Shield root targets for four seconds, and its Lightning Shield can now knock back enemies 33% farther.

Finally, the critical strike damage bonus from the Warrior Class' Elysian Might will be reduced to 15% during PvP combat.