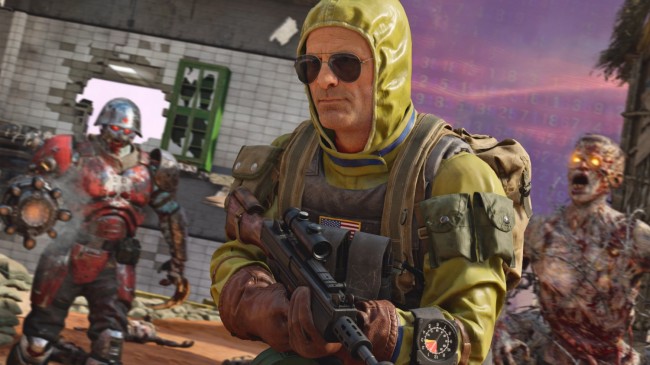 The said patch update will bring in an additional new game mode for its Zombies, as well as a new Challenge that players should take on, and new set of weapons and weapon blueprints.

Call of Duty: Black Ops Cold War will have a brand-new Onslaught game mode for its Zombies.

The said mode, according to Express, was first became an available game mode for the game's PlayStation versions, but thanks to the said update, it will be also available for its versions in Xbox One, Xbox Series X|S, and PC.

In this game mode, according to the said patch notes that was posted in Treyarch's website, two players will co-operatively face a horde of Zombies in one of the 18 maps that are available.

They must survive those waves of the undead while clearing it fast, and powering up the Dark Aether Orb that they are possessing.

As the game mode approaches a brand new round, its intensity will also go up, and once they cleared the round, a narrative intel about the Dark Aether will be unlocked.

They can also play the Onslaught Containment, a returning Zombies mode which was first introduced in the game's Season Two Reloaded. Unlike Onslaught, this mode will bring two players in Gunfight maps such as Game Show, ICBM, KBG, Nuketown '84, and U-Bahn. However, the objectives are the same.

Aside from the new Zombie game mode, the patch update will also bring new rewards for the "100 Percenter" Challenge. These include new animated calling cards, which can be earned after completing 100% of all challenges.

Also, players can obtain the new Hammer and Sickle melee weapon and the LAPA submachine gun by clearing unlock challenges in both Multiplayer and Zombies games.

A new blueprint for the Vicarious tactical rifle, as well as new Legacy and Animated Calling Cards, will be available in the game's Prestige Shop.

Other additions that will be made in Black Ops Cold War courtesy of the patch update include the Throwback Moshpit for Nuketown '84 and remastered Black Ops and Black Ops II maps.

Aside from the addition, the said update also brought several tweaks and issue fixes to several of its elements, including round-based maps which it tweak its Rampage Inducer, as well as its general gameplay, stability, audio, and cinematics.