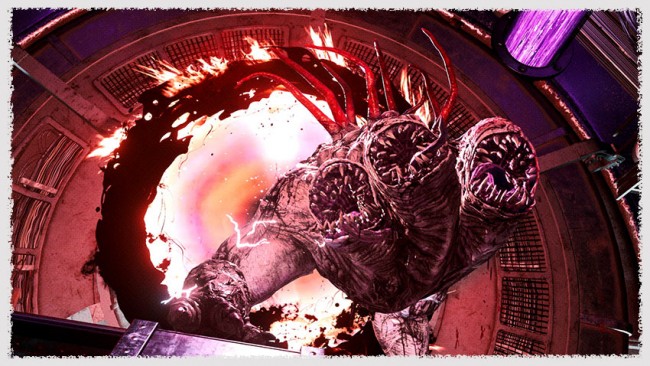 With the release of the Forsaken Zombies map in Call of Duty: Black Ops Cold War, players can now take on its set of quests in order to get rewards, including the Chrysalax Wonder Weapon, which that can use on the said map.

Aside from that, players will also discover several hidden easter eggs along the way, which they can enjoy as they stay in Forsaken.

How to Unlock the Main Quest Easter Egg

In order to unlock the easter egg in the main quest itself, according to Gamespot, players must go to the Observation Tower as part of the said quest. Once they are in the area, they will lift the lockdown in order to access the new areas in the map.

Made an edit out of the Zombies #Forsaken map loves the story and loved the cutscenes #callofduty #ColdWar #coldwarzombies pic.twitter.com/NWJSeHVjhq

Once the lockdown is lifted, they will go towards the Observation Tower's windows and look for a red button, which is on the right side of a window that has closed shutters. Once the button is pressed, a cutscene will trigger, causing the map to change.

They will notice that three Dark Aether crystals that spawning across the map. In order to shoot them down, they must have the aforementioned Chrysalax Wonder Weapon.

In order to obtain the said weapon, according to Charlie Intel, they must craft it from the drops of the enemies that the players killed during the main quest. They need the Polymorphic Crystal Core, the Tempered Crystal Heart, and the Energetic Geode.

Next, they must go to the three locations where the Dark Aether crystals were spawned, namely the Spawn Area, the Amplifier Room, and on the rooftop of the Main Street Building.

Once they are in one of the said areas, they must shoot first the three orbs that was floating above the crystal using the Chrysalax Wonder Weapon, then smash it with a melee attack using the said weapon.

Afterwards, a crystal shard will be spawned, as well as an Abomination. In order to defeat it, they must throw the said shard to it, and wait until its tail is starting to glow red. Afterwards, they must kill it right away. Then, once it is defeated, a Catalyzed Crystal will appear, where they will collect it.

They must repeat this to the two other Dark Aether crystals until they got all of the three Catalyzed Crystals. These crystals will be the power source of the Neutralizer, which they will built using the Crafting Bench.

Once they activated the Neutralizer, they must reach the safe zone and prepare everything before facing The Forsaken, which is the final boss in the map.

How to Defeat The Forsaken

In order to defeat The Forsaken, according to Charlie Intel, they must shoot its shoulder using the Chrysalax's gun mode, until the crystals break and its shield was depleted. Afterwards, they must kill zombies near the Samantha Maxis until the "Maxis Essence Level" inside a canister is full.

Then, they must load the canister into one of the Laser Cannons, and use it to shoot The Forsaken to deal lots of damage until its energy was gone. They must repeat the process until the final boss' Health was down to half.

Then, they will be eventually transported to an almost empty void, where the fight continues. This time, players need to target the crystals that are located in the final boss' mid-section in order to eradicate its shield.

Just like before, they need to fill the Maxis Essence Level in the cannisters in order to use the cannons and deal damage to The Forsaken until its Health was down to 25%.

In order to deal the final blow to The Forsaken, they must shoot it head in order to deplete its shield, then they will fill up the Maxis Essence Level in the Laser Cannon's cannister.

Once it is fully loaded, they must use the cannon to deal the final blow to the final boss. Once it is defeated, a series of cutscenes will be played, signifying that it is done.