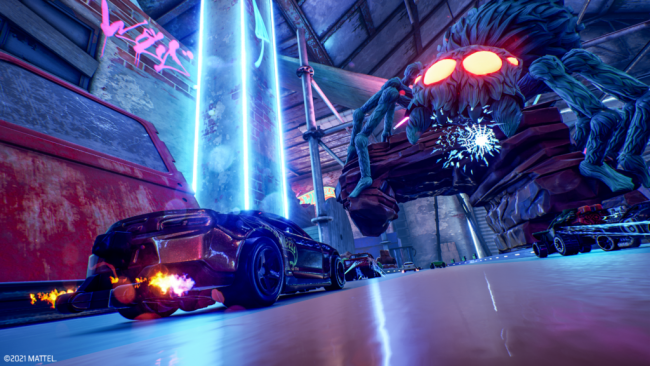 Hot Wheels Unleashed received its latest Patch Update, which has brought in a set of changes and fixes to the racing game based on the die-cast toy car line.

The said update will improve its economy and other elements, including its race tracks and graphics. It will also fix several issues that might affect the game if they are not addressed.

The said Patch Update for Hot Wheels Unleashed will add in several Checkpoints to several of its tracks that are previously lacking them.

Hotwheels Unleashed got some difficulty balancing and some track balancing! https://t.co/A1PjKM4bFx

According to patch notes released in the game's website, the developers added said checkpoints to selected tracks such as the Skatepark 1, College 8, Garage 1, Garage 2, and Skyscraper 2, where players tent to possibly skip while racing the entire course. Because of this change, the leaderboards for these tracks will be reset.

The patch update also modified several track layouts for Skatepark 2, Skatepark 6, College 6, Basement 1, Basement 3, Garage 3, Garage 5, Skyscraper 1, Skyscraper 5 and Skyscraper 6, to make it easier for its players to come back on the track after a jump or a track section on the environment.

Aside from these tweaks for the tracks, the Patch Update also improved the number of available vehicles in the game's Limited Offers Shop from five to seven, while the time needed to refresh it has been shortened from four hours to an hour and 30 minutes.

Also, the developers of the racing game slightly reduced the chances to find any common cars in the Shop.

In terms of its Track Builder, the said update added an information box, which contains additional useful information that will appear in several circumstances, including those times that an operation is not available or reminding them about something important.

It also changed the default navigation speed, while it added visual feedback, which will be in a form of a small check mark, on a selected track customization in order to indicate which of the said customization was actually used for the track modules.

Also, according to Attack of the Fanboy, players can now have additional customization options for Basement furniture courtesy of the patch update, which they can use for the chairs, tables, and fridge in the Kitchen, and for the pool table cloth in the Living Room.

It also added the name of the customization items in use while viewing the basement of another user. With this addition, they can now check those names, while looking at their basement, making it easier to replicate a setup in their basement.

Other changes that the Patch Update brought in for Hot Wheels Unleashed, according to mp1st.com, include a tuned pitch for a sound effect on its background music once a vehicle is boosting, and lightning effects to a vehicle's boost flames.

It also added an Environment filter to the Community Track's selection page, a black background to the online times, and another warning dialog to the Unpair profile functionality.

The Patch Update also fixed a bug that causes AI difficulty being inconsistent on all levels, as well as several bugs and stability issues.