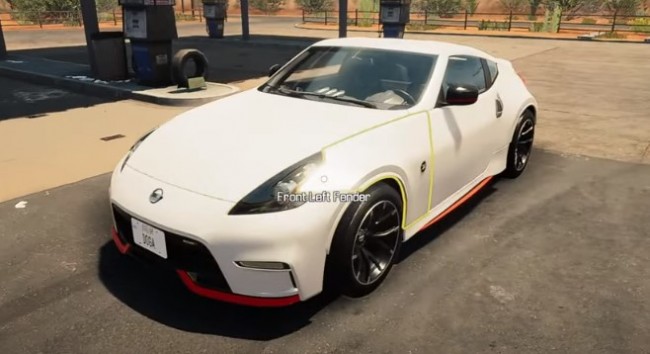 There are three DLC Car Packs that are currently available to be downloaded to the game, the recently released Jaguar DLC Car Pack, the Electric DLC Car Pack, and the Nissan DLC Car Pack, which has the Nissan 370Z Nismo, a sports car developed by Nissan's Nismo subsidiary, and was produced from 2009 to 2013.

The said car was seen in several racing-related media, including an appearance in The Fast and the Furious: Tokyo Drift, where it was driven by its antagonist, Takashi, the former Drift King that dominated Tokyo's underground racing scene.

It was last seen in the movie racing against Sean Boswell's 1967 Ford Mustang Fastback, which has a Nissan GT-R engine inside. Takashi lost after his car drives off of a cliff and lands on its roof.

How to Restore a Nissan 370Z Nismo

Once they downloaded the Nissan DLC Car Pack, and transported it to the game, they can now see the Nissan 270Z Nismo sports car in the Car Auction, the Car Salon, and, in the case of Doga YT's YouTube video, the Barn.

Afterwards, they will drain the remaining oil and other fluids inside of the car using the Oil Drain machine and the Drain Tool, respectfully.

Then, they will disassemble its parts, including its interior, body kit, windshield and other glass panels, lights, wheels, braking system, suspension, gearbox, battery and electronics, and the engine, until what is left is the body frame itself.

Afterwards, they will now start repairing the parts, starting with the body frame. Using the Wielding Machine, they will repair the said frame, then they will detail again the interior. Then, using the Repair Tables that are in the Workshop, they can now fix the parts they can still use in this restoration project.

On the other hand, the parts that cannot be repaired can be sold for additional Credit and Scraps, then they will replace them with new parts instead.

Once they got the repaired or replaced parts, they can start reassembling the car, starting with the engine. In order to rebuild it in the Engine Stand, they will need the engine block, the crankshaft, the pistons with its rings, the crankshaft bearing caps, the rod caps, and the oil pan, the oil and fuel filters.

Once they are done rebuilding it, they can now remove it from the Engine Stand, then reinstall it inside the car using the Engine Pulley. Afterwards, they can reassemble the rest of its parts, then refill it with new oil, brake fluid, coolant, power steering fluid, and windshield washer fluid.

Then, to make it accurate to what Takashi is using in Tokyo Drift, they will paint it black in the Paint Booth. Then, they will transfer it to the Test Path room to realign its wheels and light, they will move it to the l move it to the Dyna Test room to tune up the gears in its gearbox and perform a dyna test.

Once they are satisfied with the results, they can now test drive their very own Nissan 370Z Nismo sports car.