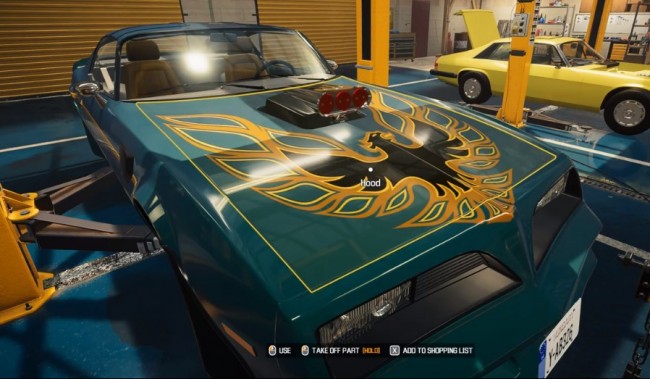 One of those said cars is the Chieftain Bandit, or in real life, it is the Pontiac Firebird Trans Am, a pony car that was manufactured by Pontiac.

The said car that was seen in the game was the Second Generation model, and was manufactured from 1970 to 1981.

How to Restore a Chieftain Bandit

The aforementioned car can be attained by players in Car Mechanic Simulator 2021 in either the Car Auctions, the Barn, or in the case of SignoRRacing's YouTube video, the Junkyard. Once they purchased the car, they will wash its body, as well as detail its interior, in the Car Wash.

Afterwards, they will transfer it to the Car Lift in the Garage, where they need to examine it to know what parts are needed to be repaired or replaced. Then, they will drain whatever oil and other fluids that is remaining inside the car using the Oil Drain machine and the Drain Tool, respectfully.

Then, they will disassemble the whole car, including its parts such as the engine, the wheels, the braking system, the suspension, the gear box, the battery and the fuse box, the lights, the body kit, the windows, windshield and other glass panels, and the interior, until what is left on the Car Lift is the body frame itself.

Then, they will proceed in repairing the frame using the Wielding Machine, then they will fix the parts that still can be used in this restoration project, using the Repair Tables, which can be seen in the Workshop.

On the other hand, the parts that are impossible to be repaired, or missing in case the car was purchased from the Junkyard, are need to be replaced with new ones instead, while they will be sold for additional Credits and Scraps, which they can use to upgrade several car parts.

Once they got the parts repaired or replaced, they can now start reassembling the car, starting with the engine itself. To rebuild it in the Engine Stand, they will need to have the engine block, the crankshaft, the pistons with its rings, the crankshaft bearing caps, the rod caps, the oil pan, and the oil filter.

Once they finished rebuilding the engine, they will remove it in the Engine Stand, they reinstall it in the car using the Engine Pulley. Afterwards, they will completely reassemble the rest of its parts, then refill it with a new batch of oil and fluids, like the brake fluid, coolant, power steering fluid, and windshield washer fluid.

Then, they can customize its paint in the Paint Booth, then they will realign its lights and wheels in the Test Path room, then tune up the gears in its gearbox and perform a dyna test. Then, they can now test drive their own Chieftain Bandit.