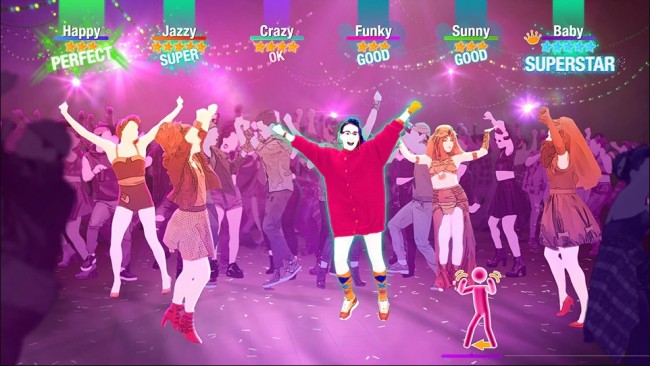 It is time to bop to the beat in the living room, as well as other locations, as Ubisoft released Just Dance 2022, the latest installation to the rhythm dance game series that focused on motion detection and control.

Now, the latest addition will not just let players play the game, bop to its wide selection of songs, in their living rooms, but also in other places through smartphones.

Move to the Groove

Just Dance 2022 will offer a total 40 songs that players can choose from. According to d1softballnews.com, this included K-Pop hits, such as Blackpink's "Boombayah" and aespa's "Black Mamba." Also included in the list of songs for the game is "Pop/Stars," by K/DA.

Aside from the aforementioned songs, Ubisoft also added in Camila Cabello's "Don't Go Yet" as part of her TikTok Challenge in partnership with the game. They can even post their videos dancing to her choreography using the hashtag, "#JustDanceItOut."

Another songs that were added to Just Dance 2022 as part of a collaboration were Todrick Hall's "Nails, Hair, Hips, Heels," and Ayo & Teo's "Stop Drop Roll."

Hit-makers such as "Buttons" by The Pussycat Dolls featuring Snoop Dogg, "Chandelier" by Sia, "Judas" by Lady Gaga, "Rock Your Body" by Justin Timberlake, "Run the World (Girls)" by Beyonce, and "Last Friday Night (T.G.I.F)" by Katy Perry are also included in playlist, along with "Save Your Tears (Remix)" by The Weeknd and Ariana Grande.

Finally, Daði Freyr's "Think About Things," Major Lazer's "Sua Cara" featuring Anitta and Pabllo Vittar, Chilly Gonzales' "You Can Dance," and Sylvester's "You Make Me Feel (Mighty Real)" will be on Just Dance 2022's playlist, along with Domino Saints' "My Way," which will be released this November 9th.

Though its Physical Edition was released last November 4th, the Digital Deluxe and Ultimate Versions of Just Dance 2022, according to Clutch Points, will be rolled on November 16th, for the Nintendo Switch, PlayStation 4, PlayStation 5, Xbox One, and Xbox Series X.

Those who will purchase the Deluxe Edition will also give them four months subscription to Just Dance Unlimited, the game's dance-on-demand subscription service that allows them to gain access with its song library filled with more than 700 songs to choose from.

Those who will avail the Ultimate Edition of the game, on the other hand, will receive a subscription for 12 months.

Players can also dance to the beat of the aforementioned 40 songs with the help of the Just Dance Controller smartphone app, which is available for download for free on Google Play store for Android and the Apple App Store for the iOS.