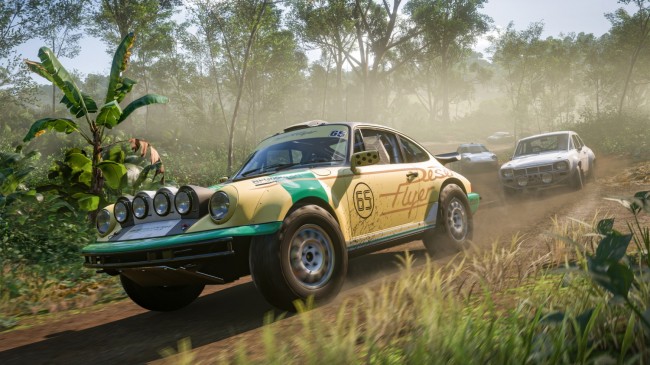 In Forza Horizon 5, players will not only race against other cars to win prices and titles, but will also travel around the different areas in Mexico in the form of "Horizon Adventure Chapter."

In this game mode, they will have the opportunity to choose between three adventures that they want to take in the game - Horizon Apex, which according to Attack of the Fanboy, is focused in Tulem, Horizon Wilds, which will make them traverse around the Jungle Airport, and Horizon Baja, which will take place in the Volcano area.

Where, How to Find the Statues

One of the tasks that players need to accomplish in one of the aforementioned expeditions in Horizon Adventure Chapter, particularly the Horizon Apex expedition, is to locate, and take a photo, the Jade and Golden Statues.

The said task, according to SegmentNext, is an optional one that they can or cannot take during the said expedition, but if they want to venture more within the area, they can choose to grab, and clear, it.

In order to start this task, according to Game Rant, players must first go to Tulum, the Southeastern side of the game's Mexico map. From there, they will establish an Apex Outpost inside of several ancient ruins.

Afterwards, the optional objective will appear, triggering the said task, as well as highlighting the areas where they will be going to complete it. They can choose which statue they need to find first.

To look for the Golden Statue, they will need to drive all the way to the right of a Mayan Pyramid in the area until they stumble upon several ruins. From there, they will look around until they saw a golden Tlaloc Totem that is underneath a frame.

For the Jade Statue, according to Gamepur, they will go towards the Southeast area of the map, which is also highlighted. Much like the Golden Statue, they need to search around the site until they saw a jade-colored Tlaloc Totem that is also underneath a frame

Once they found either one of the statues, they can either push Up in their D-Pad or press P if they are playing the game in the PC to access the game's Photo Mode.

Once they are in the said mode, they can either choose one of its various options and filters to apply for their photo or just screenshot away the photo of them along with the one of the totems. Once they took the photos of both of them, they will clear the task and unlock the "An Item of Extreme Value" achievement.

They can also clear another one of the optional objectives in the Horizon Apex expedition, which inludes placing a radio beacon, as well as reaching the top of the Center Ruins to unlock the location of a Barn Find and claim the GMC Jimmy off-road SUV, and locating where Ramiro landed in Tulum.