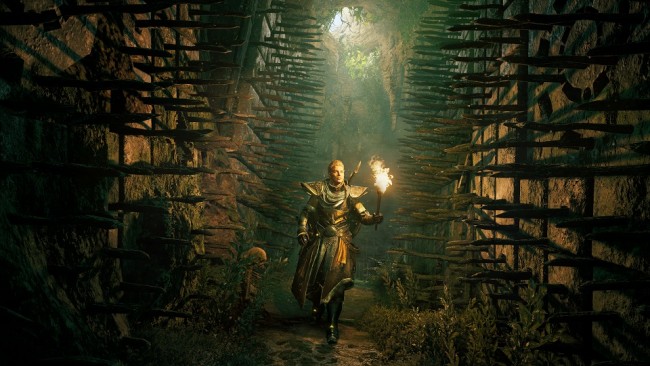 Ubisoft announced that Assassin's Creed Valhalla will receive its latest Title Update 1.4.0, which will bring in brand new additional in-game content for the action game.

The said additional content include a new puzzle-based areas that players need to clear in order to unlock new story-based rewards, as well as new skills of Eivor. The said Title Update also brings in improvements for Assassin's Creed Valhalla.

As mentioned earlier, the Title Update 1.4.0 will bring the new Tombs of the Fallen in-game content to Assassin's Creed Valhalla.

In Tombs of the Fallen, according to the patch notes that was posted in Ubisoft's website, players will explore four new tombs that are scattered across England, all of which have puzzles that they must solve in order to uncover their secrets, including ones that might point to the elusive Odin's Rune.

They will also unlock brand new lore, narratives, and "irresistible loot," as well as two new achievements once they complete one or three of these puzzles.

In order to unlock and access them, according to DBLTap, players must have their settlements established in the game's main storyline.

Also to be added in the game is the Odin's Wild Hunt for its Oskoreia Festival, which according to Gamepur, will begin this coming November 11th, and it will last until December 2nd.

The said in-game event will add in new time-limited activities and quests, such as horseback racing and a tournament with the spirits, for them to complete for rewards.

In order to participate in the said event, they must first complete the first two narrative arcs, as well as they reached England while having a Settlement at Level 2.

Aside from the aforementioned additions, the said Title Update also add in new skills for Eivor. This includes Perfect Parry, which according to Push Square, will make him parry in the right time to deal additional damage to those who attacked him.

He will also have the Master Counter Roll, which will add a Hidden Blade strike every time he executes a Counter Roll, as well as an improved Bow Stun Finisher, where it will shoot arrows at all stunned enemies within the radius.

The Title Update 1.4.0 will also bring in several improvements for Assassin's Creed Valhalla. This includes a fix to a bug that causes players to be unable to interact with the AxeHead. It also fixed a bug where they are unable to escort convey during the "Old Friends" quest, making its marker unable to move.

It also fixed a bug that causes both the Cavalier and the Heavy Cavalier to stop fighting when a player was mounted on a horse and was further away, as well as a bug that causes Basim and Sigurd to not follow them in the Brewing Rebellion, and a bug that causes the Quest non-playable character (NPC) in The Thegn of Lincoln to move to be placed beneath the world.

The Title Update 1.4.0 will be rolled out in Assassin's Creed Valhalla this November 9th for the PlayStation 4, PlayStation 5, Xbox One, Xbox Series X|S, and PC.