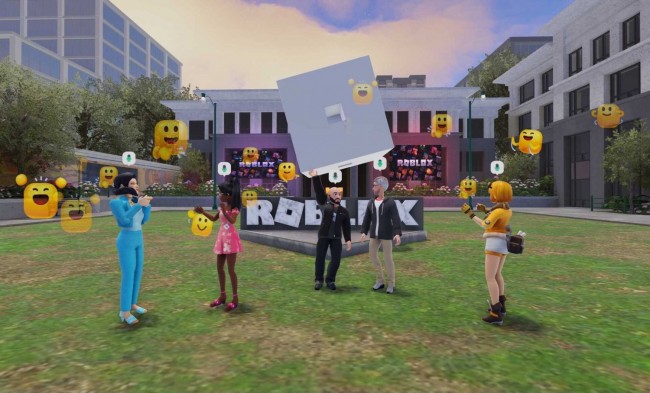 Roblox announced that they have opened their Spatial Voice feature for its players. Now, children, and adults, can speak and hear their voices, as well as communicate and share ideas with other players and creators, in the online game creation platform.

However, there are limitations to the use of this system, including for their younger audience, as well as to prevent potential online abuse and toxicity.

How does Spatial Voice Work

As mentioned earlier, Roblox's Spatial Voice feature gives its players, as well as its creators, the ability to communicate with each other through voice chat.

Starting today, any 13+ user who has verified their age can opt-in to the #Roblox Spatial Voice beta. 🎙 You can opt-in to Spacial Voice by enabling the beta feature through My Settings > Privacy: https://t.co/aad70QCvkq pic.twitter.com/eEDAUxPGYM

With it, they can now say something with a loud tone that can be heard by almost everyone depending how close they are. The closer the user is to another, the louder the voice. If they are farther away, their voice will get softer, and it will be louder once other players are approaching the speaker.

The conceptualization of the said feature was first started back in September, with a beta test happened on the same month.

According to TechCrunch, 5,000 testers, all of which are 13 years old and above, were invited to test the said feature during said beta test inside a custom-built Roblox community space.

According to a blog post in the platform's website, the developers consider three fundamentals in creating Spatial Voice.

First is the fact that the players need to have communication capabilities that are the same with the ways they convey their message in the real world, especially in a three-dimensional (3D) environment such as Roblox.

Second is the system itself should not be bound by the limitations made by the physical reality, as if they are talking which each other on a normal basis. It should also not limit said users on how many they people they could talk to on the platform.

It should provide them the ability to shift from one mode of communication, either through text or voice chat, to another. They can shift from text to voice, or vice versa.

It should also give them the ability to choose the most convenient way to communicate with each other in the game depending on their context.

And third, they need to make the said feature "digitally civil and safe" as possible. This means that they must practice the same restraints that they usually observe in real life, including the observing a conversation's context in the game, if it means to be filtered or not.

How to Use the Spatial Voice

In order for Roblox users to use the Spatial Voice feature, according to a post in the platform's Help webpage, they must first go to their Account Settings in the game, then they will select the Privacy Tab.

From there, they will toggle the feature's selector to "On." The said toggle will turn from grey to green, once "On" is selected, indicating that the voice chat feature has been enabled for their account.

They can also mute another user who is also using the feature by pressing the microphone icon above its avatar's head. The said mute will only apply to the voice chat, but not in the game's text chat, and it will last while they are in the session.

They can also block someone from using the feature by visiting its Roblox profile, then click the three dots in the upper right corner to make a menu pop-up. From there, they will select "Block User."

There is, however, limitations for using said feature. According to Happy, those that are aged 13 years old and above can use this said feature. In order to verify said age before using it, they need to go to the Account Info tab that can be seen in the Settings.

From there, they need to insert their birthdate before clicking the "Verify My Age" tab. Afterwards, a pop-up screen will appear, which contains a QR code that they need to scan using their mobile smartphones.

Then, they will need to present necessary documents to verify said birthdate, and take photo of them along with a selfie of the user. Once their age has been verified, they can now use the Spatial Voice feature.

TAG Roblox
© 2020 Game & Guide All rights reserved. Do not reproduce without permission.