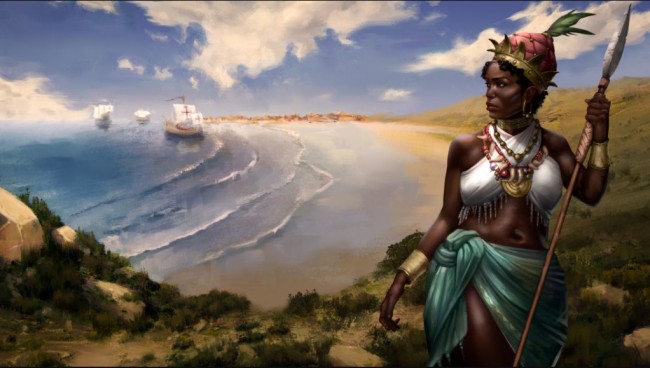 These include new missions for the African nations, as well as new formable nations, government reforms, monuments, and more.

The said DLC Expansion Pack also came in with the new Patch 1.32 Update, which also brought in several improvements and fixes to the game.

From the eastern coast trading ports to the gold mines of Mali, early modern Africa was a place of rich kingdoms and cultural variety. Europa Universalis IV: Origins brings this history to life with new missions, events and regional flavor.

One of the aforementioned additions in Europa Universalis IV courtesy of its "Origins" DLC Expansion Pack are the new missions for the African nations.

READ ALSO: 'Age of Empires 4' Guide: List of Civilizations Playable, How to Play Them

According to a post in the Paradox Interactive's forum site, players can now take mission trees for Mali, Songhai, Jolof, Oyo, Kongo, Ethiopia, Adal, Ajuuran, Kilwa, Mutapa, and the countries of the Mossi and Hausa culture.

The DLC Expansion Pack also added generic missions for the nations in West Africa, Central Africa, East Africa, and the Horn of Africa, as well as 9 new government reforms for these nations.

According to WePC, Ethopia will have a huge role in expanding said religion in the continent, and players will see other Jewish colonies in Africa once they accessed the religious tree.

The DLC Pack also brought in the infamous African nation of Zulu, which according to PCGamesN, will spawn during the course of the game.

Finally, Origins also added new sets of ideas for all of the new formable countries, as well as 52 new monuments for those who owned the game's Leviathan DLC Pack.

Aside from the aforementioned additions, the Origins DLC Expansion Pack also included the Patch 1.32 Update for Europa Universalis IV.

According to the patch notes, the said update improved and fixed several elements in its overall performance, including an increased usage of a country's military access cache and an improved macrobuilder performance when controlling a gigantic nation.

It also fixed a lot of issues that cause performance degradation in the game, which was introduced in the Leviathan DLC Pack, as well as it stopped "Create States" notification alerts from causing significant performance issues.

It also fixed several bugs in the game that might affect its performance if they are not addressed, including fixes to issues regarding its gameplay .

READ ALSO: Epic Games Store Gives Away 'The Escapists,' 'Europa Universalis IV' for Free: How to Get Copies