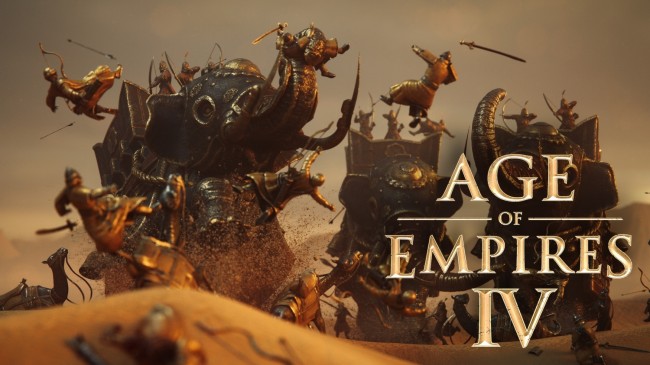 With its launch days ago, Age of Empires IV have revived every player's interest in terms of real-time strategy (RTS) games. The fourth installment to the longest running-running Age of Empires franchise, the game will immerse them to different civilizations from around the world.

They will also make decisions as they progress throughout the game. This includes decisions regarding their resources, buildings, technologies, and military strength.

They will also engage in defending their own cities against opposing forces, as well as conquering their cities to expand their territories.

🔴 It's that time once again!

We've live with our final pre-launch stream, featuring a 2v2 match! Join for the action, giveaways, and discussions!

Each of the civilizations that are in the game have their unique elements, ranging from their tech to buildings to units. Players need to understand each to them in order to learn how to use those elements in their advantage.

Four of the Eight Playable Civilizations (and Their Advantages)

According to DBLTap, there are eight playable civilizations in Age of Empires IV - the Abbasid Dynasty, the Chinese, the Delhi Sultanate, the English, the French, the Holy Roman Empire, the Mongols, and the Rus.

The Abbasid Dynasty, according to Windows Central, centers around their unique building called the House of Wisdom, which can be built for a cost of 50 Wood.

This structure houses unique tech upgrades, which are split into four wings - the Culture wing, the Economy wing, the Military wing, and the Trade wing.

When they chose a new wing, as well as paying enough amount of resources, their civilization will advance to the next Age, unlocking new technologies under said wing, as well as unique techs once they reach the final Age.

The House of Wisdom also has an area of influence, which players can use in their strategic advantage. While building new structures, the said area will expand, influencing several elements such as a villager's production and gathering rate, as well as research speed.

Aside from the House of Wisdom, other unique bonuses the Abbasid Dynasty possesses include a faster gathering of food from berry bushes by 25% and docks will cost 50% less resources, as well as unique military units such as the Camel Archer and the Camel Rider, which are effective against enemy cavalry.

The Chinese focuses on their unique military gunpowder units, as well as Chemistry tech, which they can earn for free once they are in the Imperial Age.

They will also gain bonuses for every dynasty that they are under through any age, as well as a steady expansion with 100% faster build rate from Villagers while building several buildings, except defensive structures like towers and walls.

In order to advance to the next Age, players must build a landmark, but when they control the Chinese, they will build two of said landmarks in order to enter a different dynasty.

Each of its dynasty also has its unique military unit, such as the Zhuge Nu for the Song Dynasty, which can use a repeater crossbow against unarmored enemies, and the Fire Lancer from the Yuan Dynasty, which can charge at enemies and deal a lot of damage against siege weapons and building.

Also, the Imperial Official, another unique Chinese unit which will be available in any Age, can gather gold from buildings by collecting taxes, as well as improving their efficiency.

The Delhi Sultanate focuses on its strong military, which is shown from their unique military unit, the War Elephant, as well as free tech research from Scholars, and strong defenses.

The Scholars are available from the Mosque, which will be available once they reached the Dark Age, and later on, from the Dome of the Faith, which they can garrison to speed up the research time.

Any buildings within the Mosque's area of influence, and has a Scholar inside, will be affected. This include how long a tech research will be done, which will took long, but will be faster if it has more Scholars garrisoned inside.

Aside from said bonus, building a Mill near any berry bush will transform into an orchard, which will double the amount of available food from each bush, while its villagers will collect them 25% faster.

The English, which is the easiest to control in the game, centers on strong defenses, quick food production, and strong ranged military units.

At a start of the first Age, players who are controlling them will get a military advantage thanks to the already available Vanguard Man-at-Arms, which has an excellent armor, and can be updated for every progressing Age.

Aside from that, any farms that were built within the Mill's immediate range will cost 50% less wood and can be harvested 15% faster. Towers, Keeps, Town Centers, and Outposts will provide 25% attack speed bonus to any allied units when enemy units are within range thanks to its Network of Castles bonus.

The Longbowmen unique units, for a cost of 40 Food and 50 Wood, fires further than regular Archers, and can create palings to guard them against cavalry charges. They are great against unarmored targets, but they can fight against almost anything if they grouped together.