'Elder Scrolls V Skyrim Anniversary Edition' Saints and Seducers DLC Guide: How to Start It, What Players Could Expect, and More 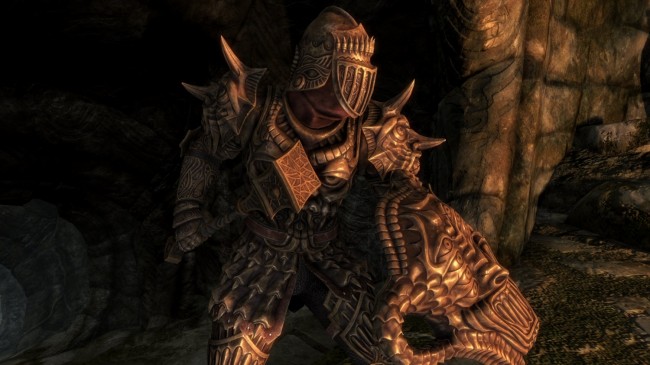 In celebration of its 10th year anniversary, The Elder Scrolls V: Skyrim's Anniversary Edition has brought in its "Saint and Seducers" downloadable content (DLC) pack, which opens up a new Dungeon for players to explore.

Along with the dungeon are the in-game items that players can acquire, including 32 new weapons and 4 new armor types, as well as new resources that they can collect and use for the new Alchemy feature, and new pets that they can capture as they venture throughout the game.

How to Start the Journey in Saints and Seducers

In order to start their journey that the Saint and Seducers DLC Pack is offering, according to vg247.com, they must take up its first quest, "Balance of Power."

One of four, free creations coming to all Skyrim Special Edition owners to celebrate 10 years of #Skyrim.

In this quest, they need to search for Ri'saad the Khajit merchant and talk to him regarding the troubles that he had on the road with his caravan.

The said non-playable character (NPC) can be found south at the southern gate of Whiterun, which is right next to the stables.

Considering that he is moving around because of his occupation, he can also be seen walking the roads in between major cities, particularly to the west near the cities of Markath and Solitude.

Once they encounter him, they will ask him about the troubles that he has, then he will hand them a note.

After they read the note, according to Gamerant, they will be instructed to go to either of the two bandit camps -- one for the Saints, which are close to Whiterun, or one for the Seducers, which are based up north towards Winterhold and Windhelm.

Either way, they need to be careful as the bandits stationed in one of them are very difficult to beat. Once they clear the area and defeat the said bandits, including its leader, they will take a journal and read it.

Then, they will continue clearing the remaining bandit camps, which will depend if what base they are taking first.

But before they leave the camp, they will need to free the Elytra nymph from the cage first, then speak to it. Afterwards, it will be a pet follower for them to use in battles.

Once they cleared the second bandit camp, either the Saints' or the Seducers', they will take a journal, and read it. This will trigger the second quest, namely "Restoring Order." Then, they will return to Ri'saad to receive their reward.

In this second quest, players will go to Solitude, and then approach the marked manhole cover, which they will remove in order to descend into the sewers until they are in an underground cave, which according to Dual Shockers, is inspired after the root caverns that was found in the Shivering Isles.

From there, they will fight they through the path of bugs until they will face the mage, Thorlon. Once they defeated him, they will claim their reward, which can be seen from the wall of the said cave, then they can investigate his hovel.