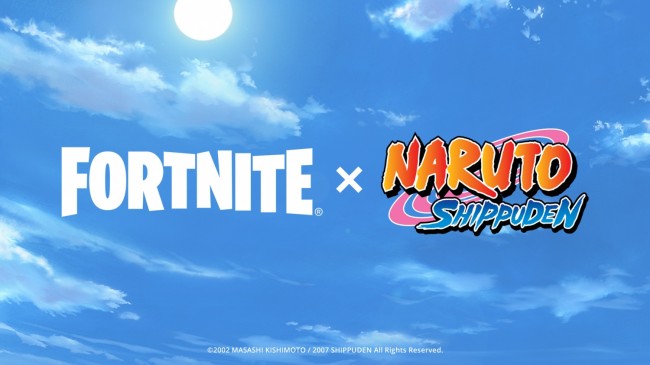 The collaboration between Fortnite and Naruto will be the spotlight of the shooting game's Patch 18.40 Update.
(Photo: Photo from Fortnite's Twitter Page, @FortniteGame)

The said additions include the long-awaited collaboration between the game and Naruto, which will add new Character Skins, weapons, and other in-game additions for both the base game and its Creative.

Aside from that, the incoming patch update will also bring in other weapons and in-game additions.

The v18.40 Update is scheduled for release on November 16. Downtime will begin at 4 AM ET (08:00 UTC), with matchmaking being disabled 30 minutes prior. pic.twitter.com/eGilljYpDr

In order to bring in the changes to the game, as well as possible fixes to issues and bugs that might affect the game, Epic Games, the developers of Fortnite, announced that a scheduled maintenance for the game's servers will commence.

According to Express, the developers posted in the Fortnite Support Twitter, saying that the said server maintenance will happen this November 16th at 9:00 AM UTC (4:00 AM ET).

Its matchmaking will be disabled 30 minutes prior. The said Tweet, however, did not tell further how long the maintenance will last.

One of the aforementioned in-game additions to Fortnite courtesy of the Patch 18.40 Update is the collaboration between the game and Naruto, which was long-overdue since it was first seen in legal papers that was used during the Epic Games-Apple lawsuit last August of 2020.

Ever since then, several leakers and dataminers of the released further information regarding the planned collaboration.

According to GFinity, this include possible new Character Skins that are based after Uzumaki Naruto, Uchiha Sasuke, Haruno Sakura, and Hatake Kakashi, all wearing their get-ups from Naruto: Shippuden.

This means that players will have the opportunity to complete the Team Seven.

Aside from the aforementioned Character Skins, the said collaboration will also have other in-game additions like Cosmetics, which was shown in a promotional page in a Japanese magazine.

These includes Back Blings that are designed after several elements in the series, such as the large scroll that Jiraiya usually has in his back, the foldable Fuma Shuriken, and Pakkun, one of Kakashi's ninken, or ninja dogs. The said promotional page also featured a double Kunai pickaxe weapon.

Aside from that, according to Roccat, a new Creative map will also be added in the game in the form of the Konohagakure, or the Hidden Leaf Village. Now players can venture the said village and see its signature spots, including the Hokage Rock, where the faces of all past Hokage was seen.

Also for Creative, Ramen and Ninja Scroll coins might be included for players to collect in exchange for free rewards.

Aside from the collaboration with Naruto, Fortnite will also receive other additions courtesy of the Patch 18.40 Update. According to Sportskeeda, Epic Games will might have a new voting round for a new potential weapon that might added in the game, which was also leaked by the leakers.

In the said leak, which was posted on Twitter, players will might cast their votes in either one of these weapons, a flintlock or a proximity launcher.

Also, the patch update might bring in events that will bring end to its current Chapter 2 Season 8, including one that might involve the Cube Queen, and her plans to destroy the current reality, which might lead to another Black Hole event, and the possible start of its Chapter 3.

Another event that might be included in the game, if Chapter 3 rolls out, is the return of the Fortnite Winterfest, which was first took place in 2019. According to the leaks, the said event will have updated versions of several of its mini-games and challenges, such as the Crackshot Cabin.

Finally, the Patch 18.40 Update will also bring possible fixes to several issues within the game, including one in its Impostors mode where eliminated players cannot hear non-eliminated ones during the Discussion Phase.

It also fixed an issue where Collection book entries disappeared when using Performance mode in Battle Royale, as well as an issue that make players teleport to another location when they entered an abandoned vehicle, and an issue where vehicles may desync when they exit from it.

Finally, it might also fix an issue where buildings in Creative became misaligned when selecting multiple pieces, while the developers are investigating an issue regarding the Inflate-A-Bull's use in the said game mode.